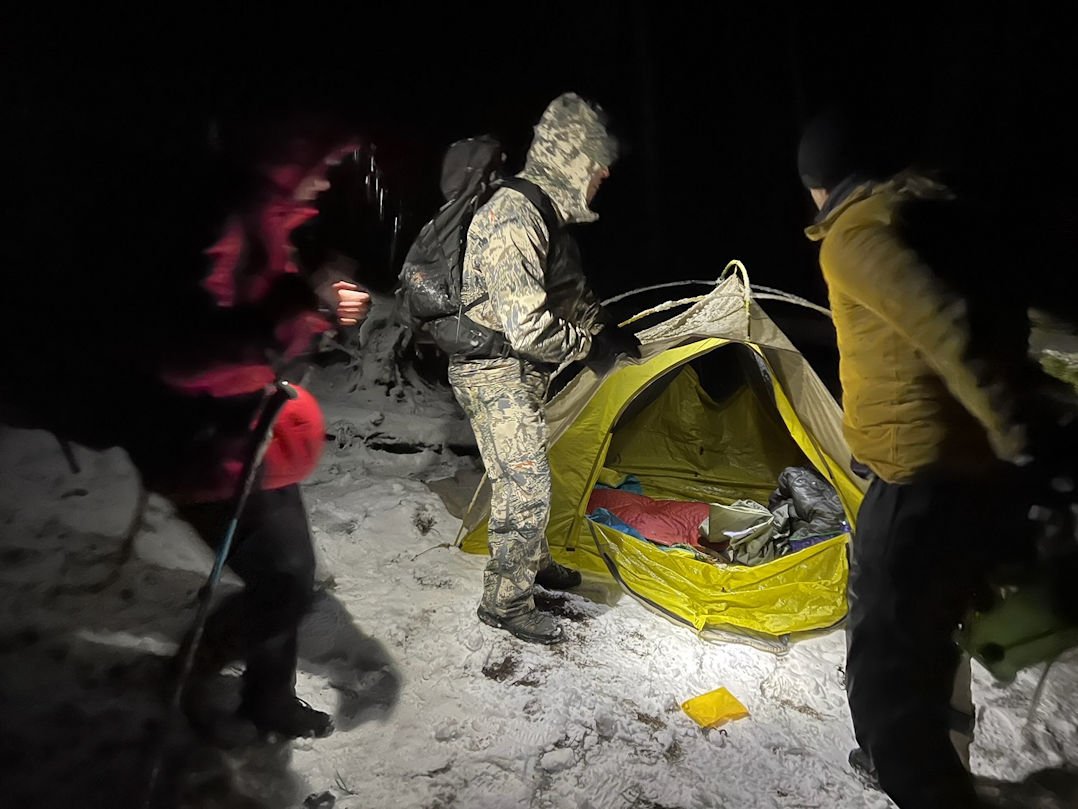 The pair lost track when heavy snow fell; found wet and trembling in the tent

CAMP SHERMAN, Ore. (KTVZ) — A Portland couple who were camping south of Three-Fingered Jack in the Mount Jefferson Wilderness Area on Friday night lost track when heavy snow fell during their departure Saturday, prompting a search and rescue operation by the sheriff of Jefferson County conducted that took about 10 hours.

The sheriff’s office received a call around 5:30 p.m. from the couple who needed assistance, according to Jefferson County SAR coordinator Sgt. David Pond.

The weather was “looking kinda bad,” so the couple broke camp and headed back to their vehicle, which was parked at a trailhead, but lost their way and got lost, Pond said Sunday. They found a place with cell service and called 911, where dispatchers could use the phone’s GPS coordinates to determine where they were.

Pond said they were asked if they could see a creek in the area, the First Creek, and were advised to follow it upstream in heavy snowfall. Pond said he got her call and had her call dispatcher to re-establish her coordinates in the Booth Lake area.

Pond said he and four other SAR members have hiked the Pacific Crest Trail — and they too have lost their way at times, in areas with four feet of snow with drifts, blowing snow and freezing temperatures.

They traveled across the country to find the couple, who Pond said had headlights attached to speedlights and were found in their tent “trembling — everything they had was wet.” The rescue team warmed the couple up and changed into dry clothes before helping them hike to the trailhead. The operation ended around 3 a.m. on Sunday.

“We usually tell them to stay put, but since we knew where they were and were able to provide geographic landmarks,” they were advised to go somewhere more accessible, Pond said.

Upgrades coming to out of doors recreation websites in Chilliwack, Harrison...

Studying to Ski? Right here’s the Gear You Want.

Be part of the Nice Park Pursuit for a Nebraska out...

Unpacking COVID guidelines: train and outside recreation in New England |...