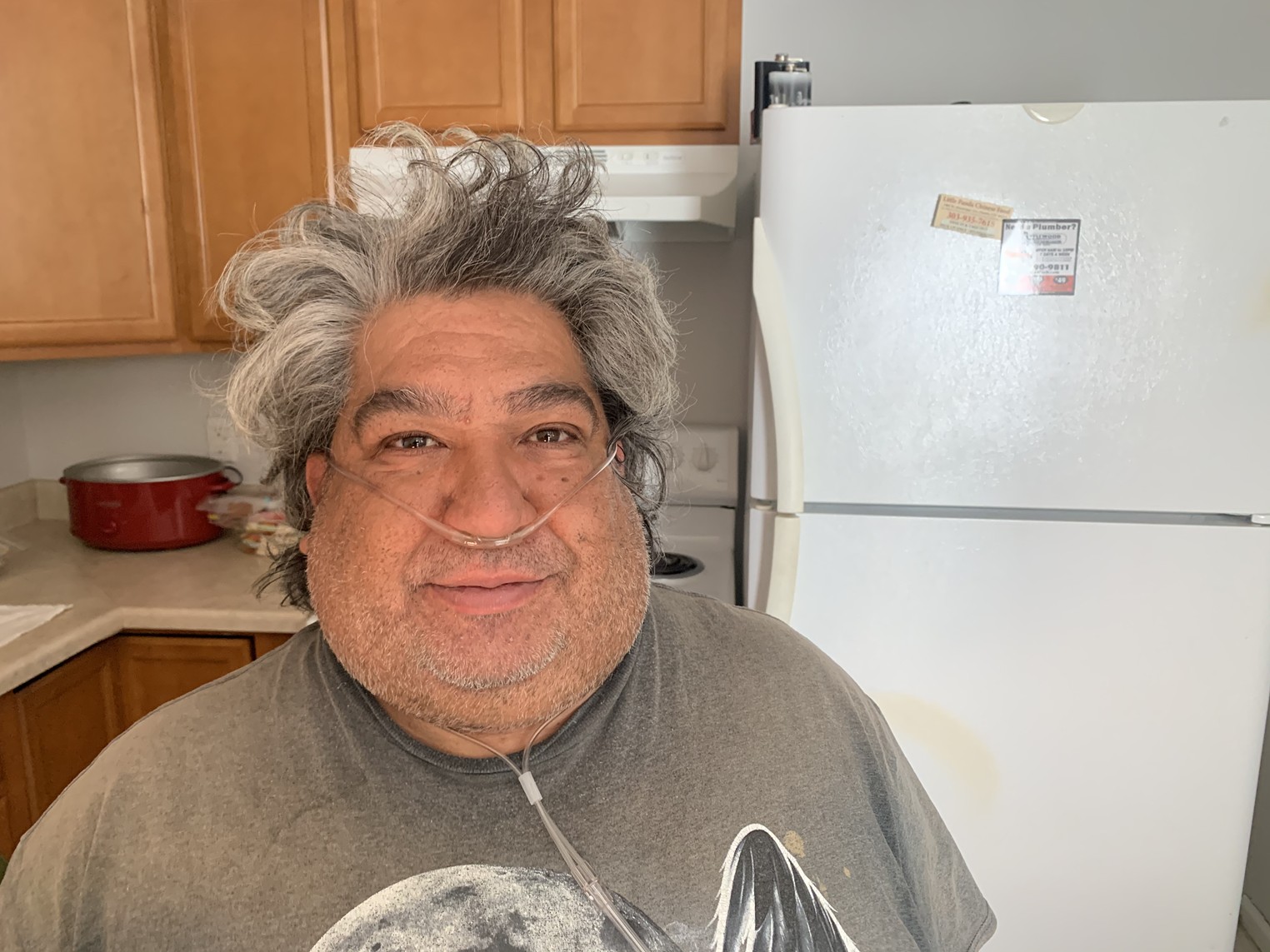 In November 2020, Mark “Shorty” Montes heard about a new lodging option in Denver: a safe campground that was due to open next month in an Uptown neighborhood church.

At first it wasn’t quite sold. To Montes, now fifty, the thought of a unified ice fishing tent in a location that offered centralized access to sanitation and services just sounded too different from how he’d been living on the streets since his life had fallen apart a decade earlier was advised. The North High School graduate often spent his days with a beer in one hand and a bottle of whiskey in the other; He’d tried emergency shelters but was kicked out of one for using his own cleaning method to ensure he didn’t have to deal with bugs, he recalls. That meant he usually slept in a makeshift tent or under a tarp in a park in Denver or some other place where he could get some rest.

But Montes decided to give it a try, and in January 2021 he moved to the Denver Community Church’s secure campground operated by the Colorado Village Collaborative.

Today Montes’ life has changed completely. After surviving on the streets for over a decade, Montes now lives in his own apartment in Ruby Hill. “I feel like a weight is falling off me,” he says.

Montes was the focus of a Westword cover story in May 2021. The cover showed his happy face looking out the plastic window of his tent in the secure campsite. He got a problem as soon as it got to the stands; he displayed it in the window of his tent. The copy is now weathered from spending so much time in that window, but Montes is sticking with it.

“He started off with a kind of ‘Eh, I’ll try’ to ‘Oh my god, that was so helpful and so needed and I want everyone to be able to feel how I’m feeling right now'” , says Cuica Montoya, the program director of the CVC’s Safe Outdoor Space. Montoya has been a part of Denver’s Safe Campgrounds program since its inception.

Mark Montes proudly showed off the Westword cover with his face on.

While living on the premises, Montes got a job as a cleaner and helped maintain the 16th Street Mall, an accomplishment he was very proud of, especially since the MLB All-Star Game was coming to town and tourists were flocking to the area Mall flocked.

In late May 2021, as the CVC’s lease on Denver Community Church was rolling out, Montes moved to a secure campground operated by the St. Francis Center and the CVC in a Regis University parking lot. That summer, Montes suffered what he calls a “minor stroke” after a long week at work. He stopped working at the mall.

“Housing is a big part of healthcare. It’s really difficult to take care of your health if you don’t have basic access to the resources and services you need to be healthy,” notes Montoya.

In February of this year, an outreach team from Stout Street Health Center, which specializes in homelessness, visited the Regis site and screened Montes. “His oxygen was pretty low. After that, he was hospitalized for almost a week,” says Sarah Axelrath, a doctor at Stout Street Health Center who checked Monte’s oxygen that day. (Montes gave Axelrath permission to speak to Westword about his medical issues.) “It turned out he had some pretty serious chronic lung problems that he wasn’t aware of,” Axelrath adds.

Montes now uses supplemental oxygen. Unable to go back to work at the mall, he talks to a clerk to find out the next step: whether he can get a disability or some sort of pension, or get a job that’s not too strenuous.

Meanwhile, on April 1, Montes moved into his one-bedroom apartment with the help of a handful of people from the army of contractors who work with the homeless in Denver. He could choose where to live, and Ruby Hill is close to where he spent part of his childhood.

Rent for the unit is $1,000 per month, and a housing credit covers rent and utilities. Montes also gets food stamps to use for grocery shopping.

“It feels really amazing that he’s housed now and made it to the other side. This bridge from the street to the apartments is somehow complete for him. I couldn’t be prouder and happier for him,” says Montoya. “He’s so amazing.”

As this is the first time Montes has had his own space in over a decade, he’s excited to be able to cook in his own kitchen again. When he arrived he was preparing steak and eggs. He plans to bake his own birthday cake and cook his favorite meal, fish and chips, for his birthday in May.

“Now I’m glad I’m off these roads and this is behind me. You know, I’m comfortable,” says Montes.

Still, the first few nights in his new apartment were tough. “I didn’t know how to sleep in there,” he recalls. “I’m used to noise around the tents, someone is either yapping with someone, or someone is arguing with someone. Just chaos you know?”

But after a few days he slept well. And now he’s dreaming big, thinking about mentoring other people and helping solve the state’s homelessness problem.

“It would be a great Colorado if we could get rid of the homeless,” says Montes. “See, we brought weed here. We’re the first damn state. Let’s be the first state to end homelessness.”

Ontario, Canada to maintain ban on out of doors recreation for...