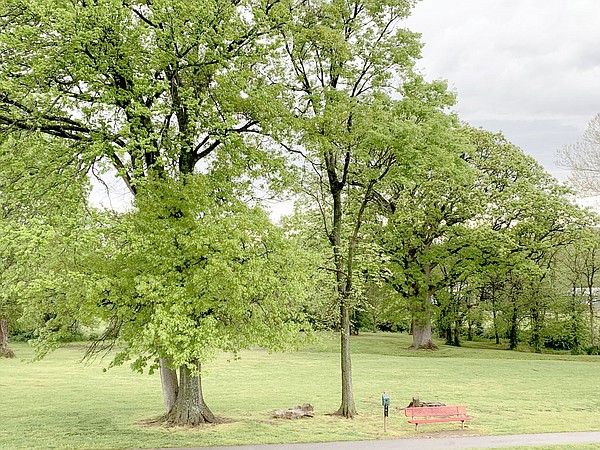 FARMINGTON — The fifth annual Natural State Tree Climbing Championship is open to the public free of charge and will be held on Saturday, May 7th and Sunday, May 8th at Creekside Park in Farmington.

“Viewers will be amazed at how accommodating everyone is when people come to see this,” Raines said. “Everyone is helping so much and wanting to educate the public. It’s a great environment.”

“The park has nice, big trees. Climbers will really enjoy climbing the canopy of these trees,” said Raines.

He said 40 climbers from Arkansas, Missouri, Oklahoma, Texas, Illinois and Wisconsin are registered for the event. Even more impressive, Raines said, is that 75 volunteers are registered. These are arborists who come on their own time and at their own expense to help during the two days.

The preparatory events start on Saturday around 7-8 a.m. and last all day. The goal is to be ready by 4 p.m., Raines said.

There are six preliminary events taking place simultaneously on the trees selected for the event. Raines said viewers can show up and see an event taking place at any time during the day.

Raines said the preliminary events are as follows:

• Throwline: Hit targets accurately and in time with a throwline and install climbing lines within a specified time limit.

• Open Ascent: A timed 50-foot ascent into the tree.

• Work Climb (2): Move through the treetops and complete a specific task on time.

• Air Rescue (2): a simulated casualty situation in which participants must climb a tree to an injured worker, secure the victim, and lower them safely to the ground.

On Sunday only one tree is used for the events. Finalists must master all elements except air rescue. You have to throw the line, climb the tree, work the tree and get all the equipment out of the tree in a certain time limit.

The top scorers are judged on their knowledge of climbing technique, equipment use, safety, posture, continuity and overall productivity.

Two champions will be named at the end of the competition, an Arkansas champion and an out-of-state champion, Raines said.

He thanked the City of Farmington and its Parks Authority for their support.

“The City of Farmington and their parks department in particular have been very accommodating when we used their park,” said Raines.

The annual statewide competition, sponsored by the Arkansas Urban Forestry Council, promotes professionalism in tree care and workplace safety practices. The Council is a non-profit organization dedicated to the preservation of city and community trees. The Council’s role is to educate and encourage Arkansas communities about good city forest policies and management principles.

Raines said that each year a different city is selected for the annual competition. In recent years, the championship has been held in Fayetteville, Springdale, Bentonville and Little Rock.

Sydney’s big chimneys to be lined with metal climbing crops

Ring within the New 12 months at this tenting website in...