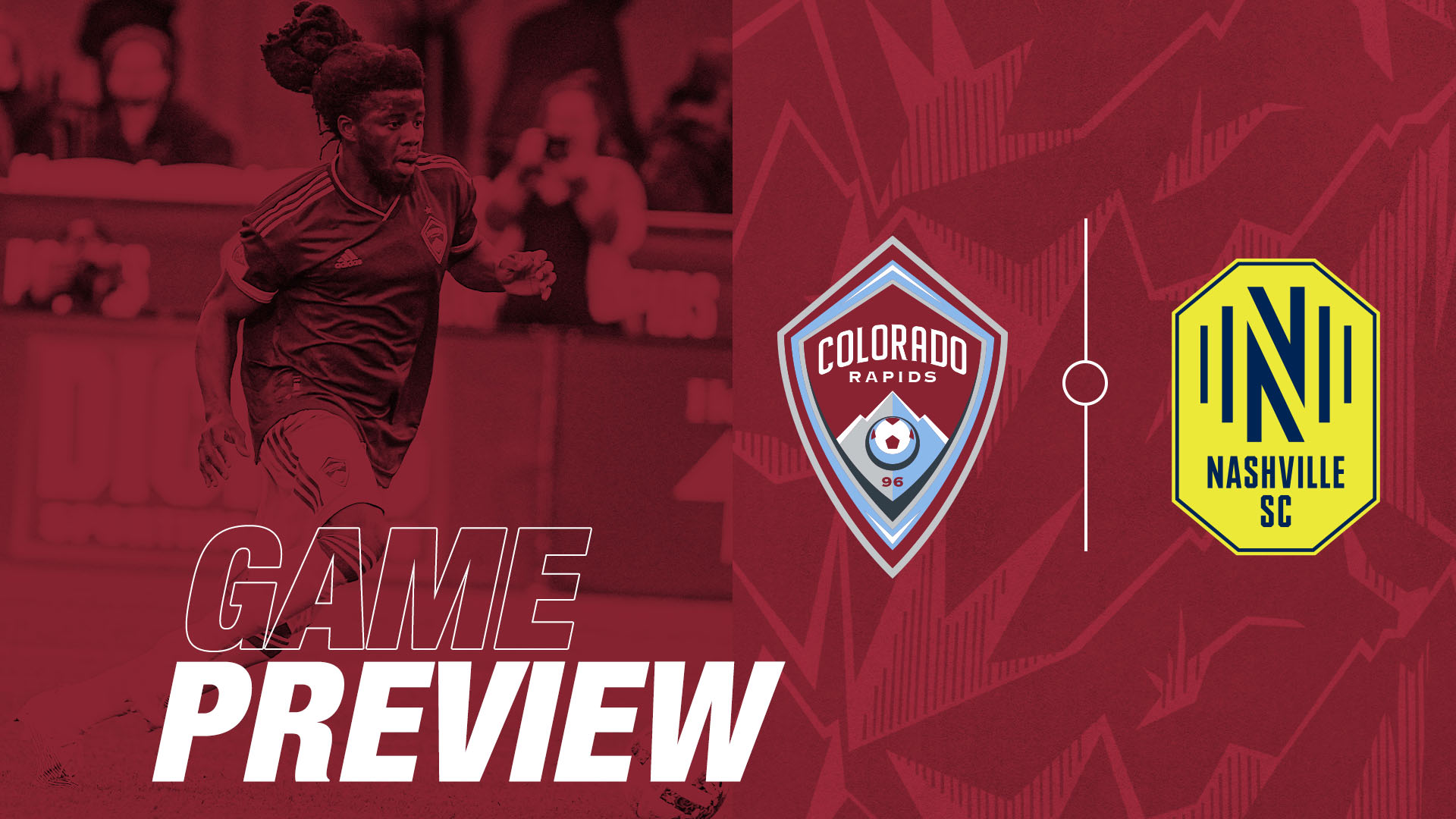 Saturday’s game marks the first time Nashville and the Rapids have crossed paths in MLS since the Tennessee club joined the league as an expansion team in 2020. Longtime Rapids fans will see the return of some familiar faces in Nashville SC head coach Gary Smith, assistant coach Steve Guppy, assistant coach Kosuke Kimura, goaltending coach Matt Pickens and defenseman Eric Miller. Smith, Guppy, Kimura and Pickens were all members of the Rapids team that won the 2010 MLS Cup; Pickens currently holds the all-time records for most appearances by a Rapids goaltender (116), most wins by a Rapids goaltender (41), and most clean sheets by a Rapids goaltender (29). Miller spent three seasons with the Rapids from 2016-18, playing 56 games (53 starts) and recording an assist during his time in Colorado.

Robin Fraser’s side are currently unbeaten for 23 straight home games in the regular season, a club record that also stands for the fourth longest run in MLS history. A result on Saturday would be the third longest home streak in league history (24).

Rapids goalkeeper William Yarbrough netted his sixth clean sheet of the year in the club’s last home game on May 22, finishing second in MLS. The two-time Liga MX champion is just one shutout away from surpassing Tim Howard for fourth most clean sheets in club history (23). Forward Diego Rubio leads Rapids with six goals in 2022, which is T-3 in MLS, and has scored twice in his last three home games.

Nashville SC is unbeaten at home in 2022 but has lost their last two away games, being beaten 3-0. Forward CJ Sapong and midfielder Hany Mukhtar lead Nashville with four goals each, while Mukhtar also leads the club with five assists. University of Denver alumnus goaltender Joe Willis has kept three clean sheets in 2022.

CHEF’S TABLE: Tenting with all of the facilities of house

Colorado traditions could possibly be completely different this summer time: ‘The...

Kayakers take a look at Androscoggin whitewater in Rumford for recreation...

Premarket shares: Markets are climbing a wall of fear from Evergrande...