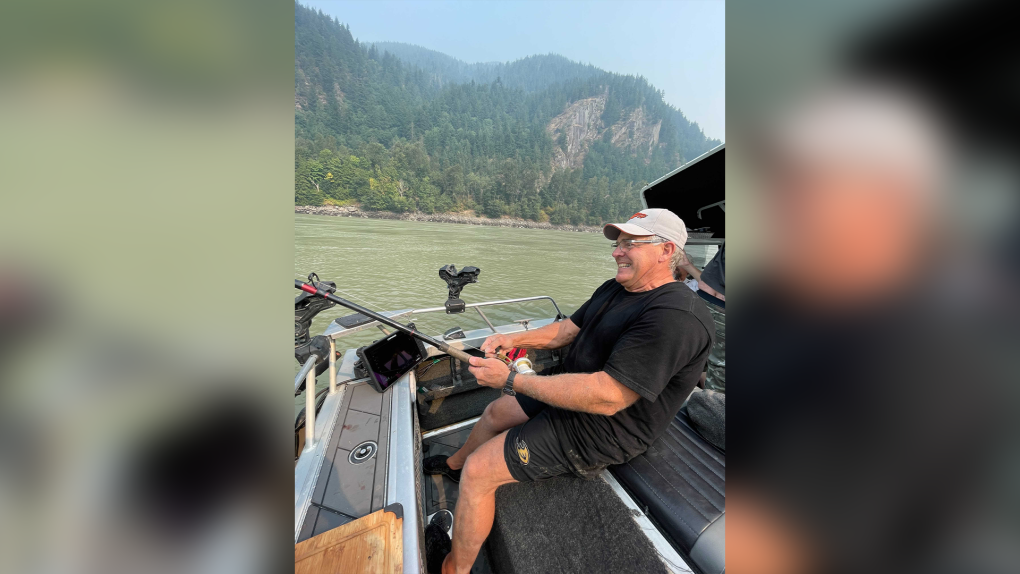 A former NHL goalie, who lives in Sturgeon County Alta., hooked the catch of a lifetime while on a fishing trip in BC, potentially breaking a world record.

Earlier in August, Pete Peeters, who played for the Flyers, Bruins and Capitals between 1977 and 1991, was on a fishing trip with friends.

“Barry and my brother-in-law had been showing me pictures of these sturgeon, and of course you figure it’s a fish story, that things really aren’t this big and pictures never do it justice,” said Peeters.

“I had no idea what to expect and I thought, ‘Well, I’m just going to enjoy the drive through the mountains first,’ and when we get down into beautiful British Columbia, never been on the Fraser… things just started unfolding .”

Their guide, Kevin Estrada, pointed out a fish on the fish finder that he said was one of the biggest fish he had seen so far in 2021. The group spent several hours each day for two days in that spot, trying to catch the big one.

At first they were unsuccessful, though in this case, that meant they were only catching sturgeon between six and eight feet long.

“They come flying out of the water and to see a fish that big go aerial… you can’t describe it, you’ve got to see it,” said Peeters

The second-biggest fish the group caught measured in at 264 centimetres, or 8’8, according to Barry Bowtell, a friend of Peeters.

“I told Pete, ‘You’re probably going to catch the biggest fish of your lifetime,’ and that’s what he did, but we never, ever dreamed we would catch the record breaker,” said Bowtell.

On the third day of the trip, Peeters took his turn with the fishing rod and that’s when the real excitement started.

“I grabbed the rod and then… it was organized chaos after that,” said Peeters.

“Because I caught the seven footer, it seemed to me… this is a lot more than what I caught before, I could just feel the weight, the pull on the line and I think I said, ‘I think I’m going to need some help with this, I’m not going to be able to do this myself.”

According to Bowtell, Peeters battled with the fish for around 10 minutes, slowly reeling it in under the coaching of their guide, before needing to hand the rod off to one of the others.

“It’s every ounce you’ve got in your body to hang on to this thing,” Peeters added.

After another roughly 10 to 15 minutes, they managed to maneuver their catch into shallower water and get it into a cradle to be measured.

The group knew they had something special after the first measurement, according to Bowtell. The sturgeon they caught measured at 352 centimeters (11’6) and weighed more than 400 kilograms.

They had to call in another nearby guide to confirm the measurements of the fish.

Sturgeon in the Fraser River cannot be kept and must be chipped when caught before being released. The massive fish Peeters hooked did not have a chip when it was scanned, meaning it had potentially never been caught before.

“Comradery, a beautiful setting and catching a big fish like that, it’s just an incredible experience,” said Bowtell. “It’s something I’ll never forget, that’s for sure.”

“It still really hasn’t sunk in,” added Peeters. “I don’t see it as a me thing, it’s a group thing, because it took all of us to get it in… I knew I wasn’t going to be able to do it myself.”

The group was able to take photos with the fish, then monitored it until it was able to make its way back into deeper waters.

Estrada told the group that after being caught, sturgeons aren’t likely to take bait again for another year, added Peeters.

According to Estrada’s site, a BC provincial biologist confirmed the sturgeon was likely over 100 years old. They are currently working to get the catch confirmed through Guinness World Records as the largest white sturgeon ever caught.

Two trades might undergo if the U.S. greenback retains climbing

The outside are so white. This is how Lena Waithe and...