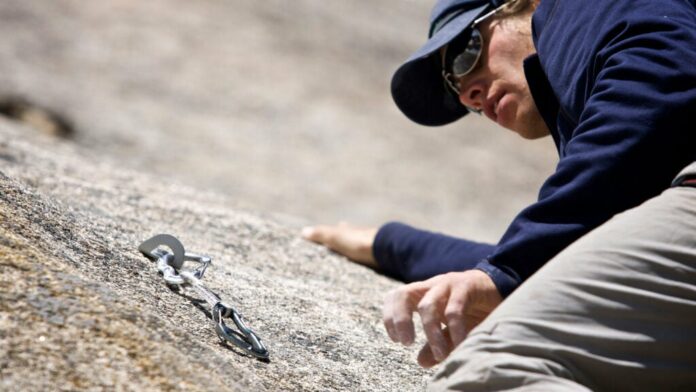 One of southern Idaho’s most popular rock climbing destinations will be closed due of its cultural significance to the local Native American population.

On October 26, the Bureau of Land Management announced revealed its plan to close a formation called Massacre Rocks to climbers due to the site’s historic and cultural ties to the Shoshone-Bannock people. The site will also be closed to users of off-highway vehicles like motorcycles and all-terrain vehicles.

Massacre Rocks has hundreds of single-pitch basalt sport climbing routes. The BLM’s decision will prohibit all forms of rock climbing on 3,846 acres of the American Falls Archeological District, which is listed on the National Register of Historic Places.

“For more than 12,000 years, the Shoshone, Bannock and Paiute peoples occupied these lands, and the significance of the archaeological district to these tribes cannot be overstated,” said BLM district manager Mike Courtney in a press release. “We appreciate the public comments we received on the draft proposal that refined our approach to balance protection of cultural and sacred values with compatible recreation uses.”

The land has been continuously occupied for 12,000 years, and includes the Shoshone-Bannock people’s traditional wintering grounds. The BLM’s decision will lead to the removal of hundreds of existing routes, but it will not impact climbing on abutting lands managed by the Idaho Department of Land, which are home to some 250 additional sport routes.

“One of our core values is that access should be sustainable,” Winter told Climbing. “And that means not only sustainable in that we’re protecting natural resources but also cultural resources and social values.”

Access Fund published a Q&A about the BLM’s decision at Massacre Rocks.

Winter said he was disappointed with the process the BLM went through prior to its decision. In 2011, the BLM conducted its initial assessment of the impact of climbing and other recreational activities on the American Falls Archeological District, aiming to design a new management plan that took into account the Shoshone-Bannock people’s concerns for the land. But then, in part because the issue was contentious, the BLM held off on issuing a draft plan until 2021, he said. During this ten-year pause, however, climbers and tribes repeatedly allied with one another in other conservation efforts in other states—Utah’s Bears Ears National Monument being perhaps the most famous example. And Winter wishes that climbers had been given the opportunity to develop the same sort of dialogue around Massacre Rocks.

“We encouraged the BLM to start a new scoping process because so much had changed,” said Winter. “We thought we could find common ground with the tribe—or at least get a better understanding of each other’s views, which would lay the groundwork for a more collaborative relationship. So we were really disappointed that we didn’t have the opportunity to start that scoping process over.”

There is a 30-day protest period, which ends on November 24, during which people can lodge complaints about the BLM’s proposal, but despite his reservations about the process, Winter says that the Access Fund is not planning on protesting. “We urge the climbing community to respect the decision that the bureau of land management has published,” he said, “because we think that the protection for this particular place is important.”

“In the bigger picture,” he added, “it’s important for the climbing community to come to terms with our moral and social responsibility with respect to cultural resources and the history of indigenous people in this country. I think that’s fundamentally important to the climbing community and one of our core values at the Access Fund. What that means in practice is that it’s hard; and it’s going to continue to be hard and uncomfortable for climbers. We may lose access to some areas that we care about. But we’ve proven that we can work with tribes in many places around the country. And the best way for us to do that is to come from a place of mutual respect and understanding, to keep our hearts and minds open to what it means to share this land, and we hope that they come to the table with this same frame of reference. But it’s going to be hard. And I don’t think this issue is going to go away any time soon.”

Carabiner Vs. Snap Hook : What Are the Variations?