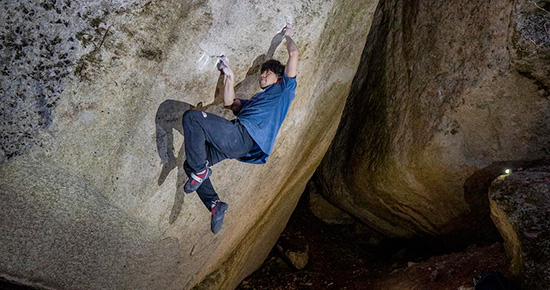 Japanese rock climber Ryuichi Murai has made the first ascent of his Launch Pad at Mizugaki in Japan, grading his short and intense project 8C+.

Ryuichi Murai has established his third 8C+ boulder problem, Launch Pad at Mt. Mizugaki in Japan. After establishing United in the same area close to Yamanashi in November 2019 and Nexus at Shiobara in October 2021, the 27-year-old has now freed the power piece he first started working in October 2020.

The moves are as pure and spectacular as the line is short and have been described as an inverted Japanese version of the famous Off the Wagon in Switzerland: a savage, low-percentage dyno start off two small crimps into a three finger pocket is followed by a complex cross-through sequence on tiny edges to regain the pocket and top out. Murai sent the granite problem in O°C and has understandably described it as his “dream line”.

The primary-ever world survey on waste in mountains: add your voice ...

How Carabiners Are Made