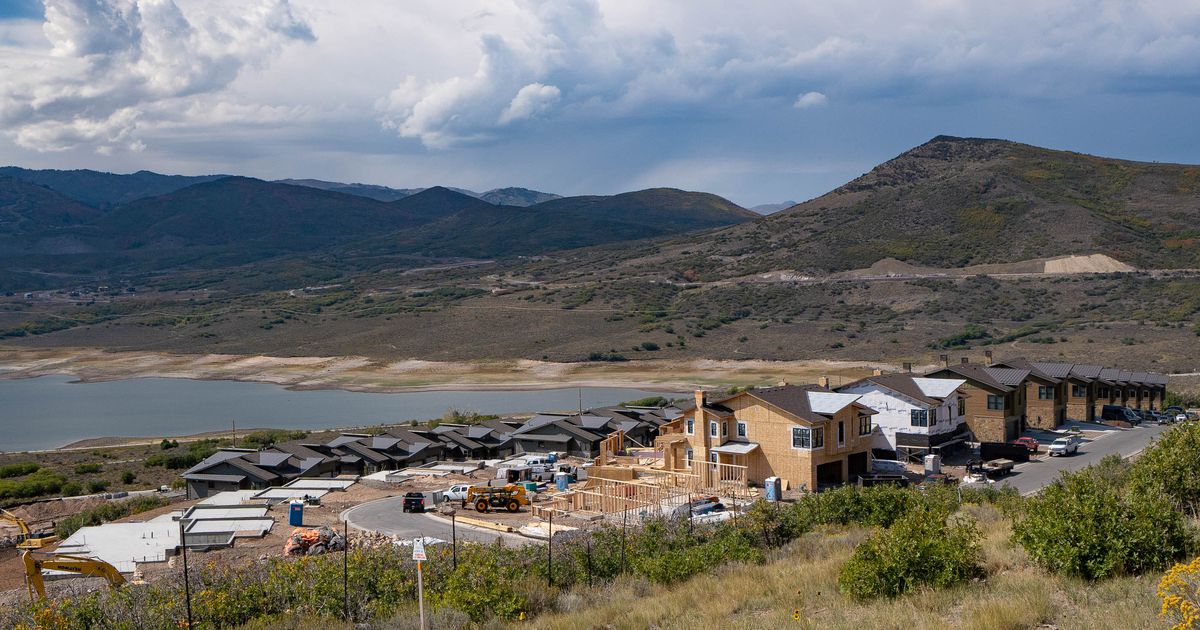 Six canyons — Big Cottonwood, Little Cottonwood, Parleys, Little Dell, Lambs, and City Creek Canyons — make up 90% of Salt Lake City’s water. As Utah’s population is expected to grow by over 2 million over the next 40 years and recreational activities increase, officials are changing how Salt Lake City uses its water to protect it for years to come.

Salt Lake City public utilities director Laura Briefer told The Salt Lake Tribune that her department is currently drafting an update to its watershed management plan, which they are required by law to do. Without detailed planning, the future of Salt Lake City’s water could be in jeopardy.

“If we don’t conserve more water by 2060, it will be too close to future water supply limits, even if we add additional sources,” Briefer said. “That makes protecting the water that we have from those watersheds all the more critical because we know we can’t risk those watersheds being affected in any way.”

With a growing population and an explosion in outdoor recreation that began during the COVID-19 pandemic, Salt Lake City has also had to increase public utility staffing to keep up with the number of people in the watershed canyons.

Interactions between employees and the public are not always positive, Briefer said, as confrontations erupt while public utility workers try to get the job done cleaning up watersheds and tending gullies.

For southern Utah, water issues are becoming a constant concern. Developers in St. George, one of the nation’s fastest-growing metropolitan areas, may soon be required to have housing projects approved by the Washington County Water Conservancy District rather than cities.

Salt Lake City Mayor Erin Mendenhall told The Tribune that creating plans for growth and development is the be-all and end-all of city work. She said a key focus of the city’s watershed management plan is recognizing the impacts of climate change while keeping watersheds strong during development and expansion.

“It is committed to securing the water needs of Salt Lakers and the other cities we serve water for decades to come,” Mendenhall said.

Briefer also said the effects of climate change are a concern, especially considering the annual snowpacks that serve as a reservoir for the valley. Warmer winters mean less snow in the mountains, pulling snowpack down and resulting in less water in the summer months. Briefer is optimistic that the city will be able to handle the growing population and water needs, but much more needs to be done to ensure that.

“What worries me the most is that climate change in particular is making all of our water resources in southern and northern Utah unsafe in a way that we have not experienced before,” Briefer said.

The sheer number of visitors to the watershed gorges prompted Salt Lake City’s public utilities to hire additional staff while the coronavirus raged in Utah, Briefer told The Tribune.

“During the peak of the pandemic, in 2020 and 2021, we reinforced operationally to support the forest service with things like maintaining and cleaning sanitation facilities, so toilets at the trailhead and the like,” Briefer said.

More activity in local watersheds means a greater possibility of contamination, whether from human or animal feces or other contaminants from construction sites, to name a few. Water could also become contaminated from things like stormwater runoff.

Since then, Briefer said anecdotally, it seems to her that more people are not complying with Canyon regulations, “especially the dogs in the watershed.” Pets, including dogs, are not allowed in Utah’s watersheds because fecal matter could get into your drinking water. Feces often contain bacteria that can make people sick.

Interactions with the public are mostly positive, Briefer said, but there are exceptions.

“I think our Watershed Rangers who are out every day, perhaps like many government employees, have also seen an uptick in less-than-civilian interactions,” Briefer said.

According to the Central Wasatch Commission — an intergovernmental agency made up of city, state and state agencies working to ensure the mountain range’s sustainability — vehicle emissions in the central Wasatch Canyons have increased significantly since the pandemic, a sign of growth in visitors to the area canyons.

Blake Perez, executive director of administration for the Central Wasatch Commission, said the environmental dashboard data is one of the most important tools for understanding the canyon’s current problems. The CWC regularly publishes data on mining activity, reservoir levels, ozone levels and more.

A full-time resident of the ski town for over 20 years, he has watched the development of Little Cottonwood Canyon. The city has little room left for expansion and construction, he says, but rising visitor numbers are a cause for concern.

He added that much of the construction work in the city is limited to redeveloping existing properties, as there is little space for new developments.

Carl Fisher, executive director of Save Our Canyons, said there are two avenues for the future of the canyons. One way is to maintain the status quo, which he believed would be the downfall of the watershed gorges.

“The other scenario is one where we’re actually looking at the reality of the situation and trying to find that sweet spot between managing and protecting our natural resources and balancing it with growth and recovery,” Fisher told The Tribune.

Fisher believes the high numbers of people recovering in the canyons are likely to remain high. He said more people are moving to the state to be closer to nature, and Utah companies are using nature as a recruiting tool.

“I think the numbers will keep going up, but I don’t think they’re going to go up as much as we’ve seen during COVID,” Fisher said.

Balancing projected growth while protecting watersheds is an act of needle threading, said Perez of the Central Wasatch Commission. He pointed out that the Forest Service was proposing recovery fees as one way that department could keep up with demand from the canyons.

“It’s not a winter problem anymore,” Perez said. “People go to these mountains all year round.”

While the influx of more people visiting watersheds poses risks, Briefer remains positive. More people in the ravines can also foster a greater sense of responsibility for protecting watersheds, she said.

“I think a lot of our community really understands that they’re part of the collective approach to curbing droughts through conservation,” Briefer said. “Similarly, the people who visit these gorges, all of our recreational visitors, can do the same in terms of management.”

Poultney seeks enter on making itself an out of doors hub...

Outside rec coalition name on Premier for essential assist