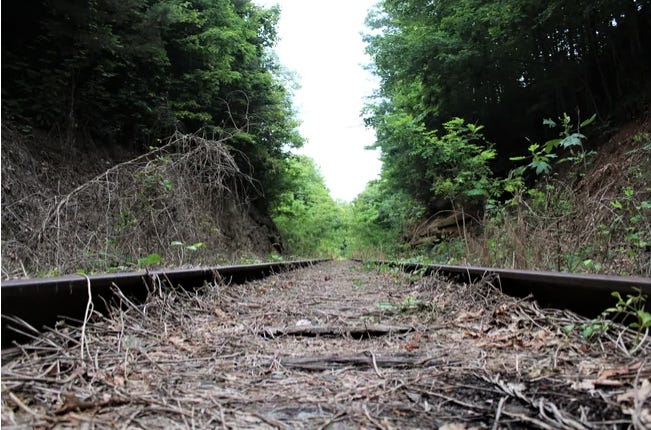 The Saluda Grade Trail project, a 31-mile stretch between South Carolina and North Carolina, would be an “extraordinary recreational facility” for the, according to the executive director of Conserving Carolina, one of three nonprofits planning to purchase the inactive Saluda Grade Region railway corridor.

The three nonprofit organizations working together to purchase the rail corridor are Conserving Carolina, PAL: Play, Advocate, Live Well (PAL), and Upstate Forever. According to a Conserving Carolina press release, these nonprofit partners have made an offer to Norfolk Southern, the owner of the rail corridor. The negotiations are ongoing. South Carolina’s recently approved budget includes $5 million in funding to support the purchase of the corridor.

“The Saluda Grade Trail will provide an exceptional recreational opportunity for residents of our area and could become a hub for a growing network of parks, trails and greenways across multiple counties,” said Kieran Roe, executive director of Conserving Carolina. “The trail will also help preserve and promote awareness of the remarkable history of the Saluda Grade Railroad, a 19th-century engineering marvel that was key to the growth and development of this part of the Carolinas.”

The route includes “dramatic scenery along the Blue Ridge Escarpment and passes through historic downtown areas in Saluda, Tryon, Landrum and Inman,” according to Conserving Carolina. When it operated from 1878 to 2001, the line was considered the steepest standard gauge main line ever built in the United States.

PAL chief executive Laura Ringo told the Spartanburg Herald-Journal that the first step is to negotiate a purchase of Norfolk Southern. The railroad then has to go through a submission process with the US Surface Transportation Board, she said.

After that, the nonprofits will work with engineers to plan the removal of old rails to build trails, according to the Herald-Journal. The construction phase requires raising funds and the project could be completed in about five years, Ringo said.

Fatherhood Is About Embracing Independence