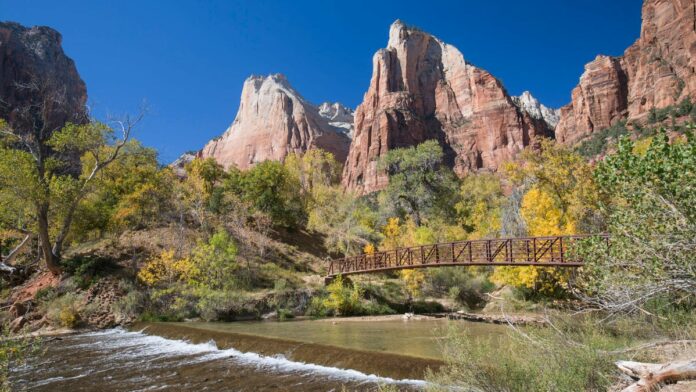 A hiker who went missing during a flash flood in Zion National Park’s Narrows has been found deceased, her family said Monday.

Jetal Agnihotri, 29, had gone missing last Friday in Utah’s southernmost national park. Speaking to Utah’s KUTV, her brother Pujan Agnihotri said that searchers had discovered her remains on Monday evening. In a press release, Zion officials said that she was located near the Court of the Patriarchs, a series of sandstone cliffs overlooking the Virgin River.

Around 2:15 p.m. on Friday, August 19, the park received reports that a flash flood had struck the Zion Narrows after a summer storm dropped an inch of rain on the park. Responding rangers found that floodwaters had swept several hikers off their feet near the Temple of Sinawava at the end of the canyon, carrying one “several hundred yards” downstream in the Virgin River and injuring them; others had taken refuge on high ground, where rescuers told them to remain until the waters receded. In a press release, the park said it had staged “more than 20” rangers and rescuers with river rescue equipment to offer assistance, but that no hikers exiting the canyon had reported a member of their party missing by the end of the afternoon.

That evening, however, the park learned that Agnihotri, of Tucson, Arizona, had failed to return from her hike. Mostafa Javadian, who had been hiking with Agnihotri, told Salt Lake City’s Fox 13 that he and another companion decided to turn back after hearing of flash flood danger, but that Agnihotri had opted to continue on.

In an update on Monday, Zion National Park officials said that the Narrows and Riverwalk would remain closed while first responders continued to search for the missing hiker, and that camping permits for the Virgin River Narrows and top-down hiking permits were canceled.

“​​Staff from the Washington County Sheriff’s Office along with dog handlers and members of the Zion National Park Search and Rescue Team will be investigating areas in or near the Virgin River including fast-flowing and deep water,” the press release said. “The National Park Service will also continue searching the river in Zion National Park.”

In all, the park said that 170 personnel representing 10 different agencies had participated in the search.

A non-technical canyon that hikers can explore via a 3.6-mile bottom-up hike from the Temple of Sinawava or a 16-mile top-down hike from Chamberlain’s Ranch, the Narrows is one of Zion’s most popular attractions. In places, it’s as deep as 2,000 feet and as narrow as 20 to 30, according to the Park Service. With no trail, hikers wade directly up and down the Virgin River; while the water tends to be lower and warmer during summer and fall, monsoon rainstorms can spark potentially deadly flash floods.

The Narrows’ sheer, high walls make a quick retreat from flooding difficult—impossible, in many cases—and several hikers have died after being caught by rising waters. In 2014, Douglas Yoshi Vo died while he and his companion were attempting to escape from a flash flood; two other hikers died under similar circumstances in 1998. In 1961, four Boy Scouts and their scoutmaster died in a flood while traversing a slot canyon in the Narrows area.

Out of doors group urges B.C. authorities to extend help for...