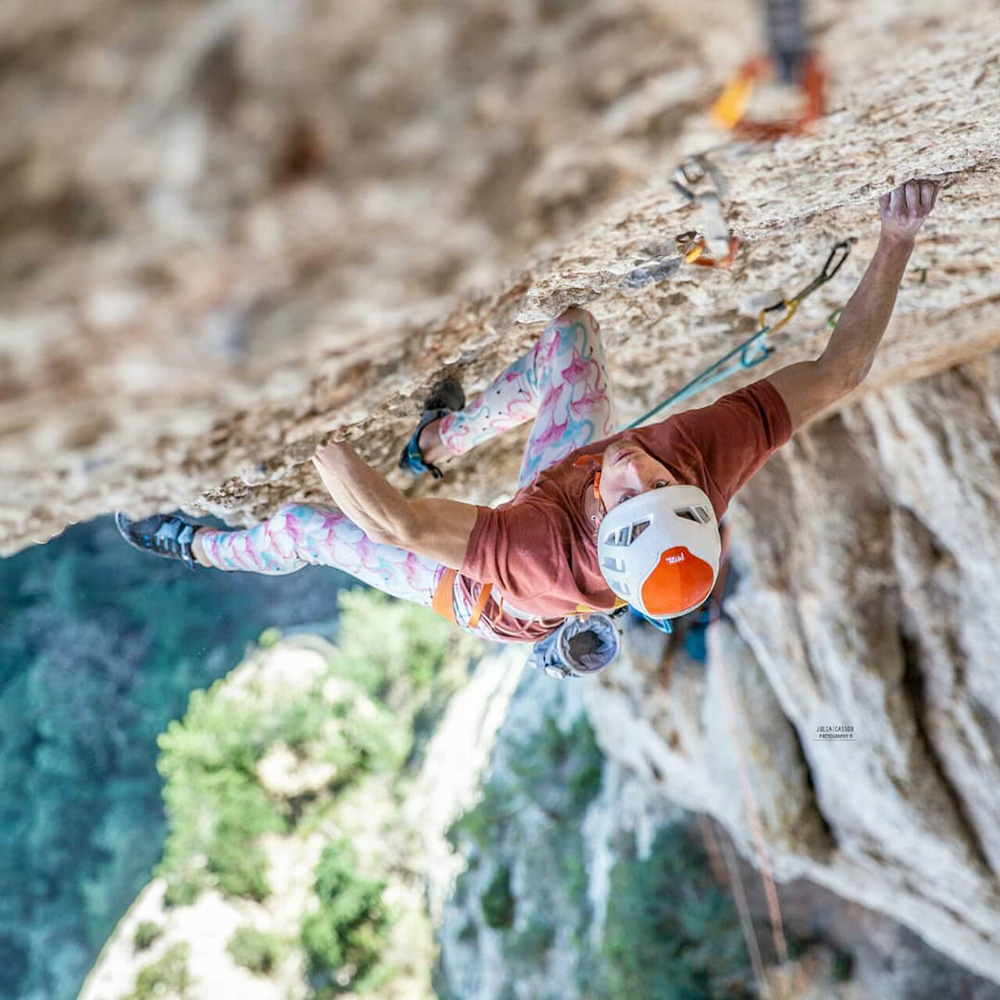 Seb Berthe from Belgium has made a single day repeat of Tarragó (240m, 8b+) at Montserrat in Spain.

Belgium’s Sébastien Berthe has made a one-day repeat of Tarragó, the 8b+ multi-pitch freed in November 2013 by Eneko and Iker Pou on the fantastic conglomerate towers of Montserrat close to Barcelona.

Berthe, who sent his first 9a+ in November 2020 and flashed his first 8c earlier this month (Mind Control at Oliana), already has flurry of multipitches to his name including The Nose  in Yosemite,Silbergeier, Des Kaisers neue Kleider, End of Silence and Bellavista. He travelled to Montserrat with the aim of trying Edu Marin’s 200m 8c+ Arco Iris but decided to “warm up” on the easier Tarragó, and his one-day ascent with young French climber Soline Kentzel did not come without a battle.

“The route is great and it was a fierce fight for the send: I had few falls because of broken holds and I finished the day completely pumped with a headlamp. The climbing is crazy for a multipitch that hard: physical and overhanging all the way up. The line is really impressive!” Berthe told planetmountain.com

“I led all the pitches. I sent the first hard pitch 8b on my second go, after a heartbreaking fall on my onsight attempt, right at the anchor after breaking a really big hold. I onsighted the following 8a. I then battled quite hard on the 8b+ and gave it a few tries and even fell really high, when it was almost done because a foothold broke. I climbed the last pitch completely in the dark on my second go. Another big and nice day of climbing 😉 I wanted to do the Edu Marin 8c variation Tarrago Plus, but did not have enough quickdraws… Anyway I hope I will be back soon on that wall for the bigger sister, Arco Iris!”

Being a sporting items producer throughout a worldwide pandemic

COVID Circumstances — and Mandates — Are Climbing