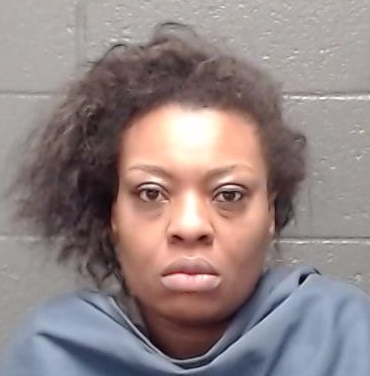 WICHITA FALLS (KFDX/KJTL) — A woman wanted for robbery of a sporting goods store is now in custody.

According to records, 24-year-old Kassidy Latham was booked into jail Tuesday with a $50,000 bond for the robbery at Hibbetts Sporting Goods in Sikes Senter on Nov. 8.

The other suspect, Shaundrea Ransom, was arrested last week by the WFPD Tactical Unit for the robberies at Hibbetts Sporting Goods and Academy Sports (Oct. 24). Her bond is set at $225,000.

Police said Latham was the getaway driver and she had been at large until her arrest. They said surveillance photos helped identify the suspects.

On Tuesday, Nov. 8 about 4:30 pm the manager of Hibbetts Sports said a black female came in and began gathering high-priced Nike clothing near the entrance.

When the manager approached her, she said the woman ran out of the store and through the mall.

The manager chased after her and said the woman turned around and said she had a knife and for the manager to back off.

The manager said the woman ran out to an exit into a waiting car driven by a white female with blond hair.

She said the black female again warned her to get back because she had a weapon, then they drove off.

RELATED: One arrested, one at large after police identify suspects in recent sports store robberies

Police soon connected this robbery with one on Oct. 24 at Academy Sports with the suspect and car matching the descriptions and video.

In that robbery, the manager said a black female was walking around carrying about 10 jackets, each valued at more than $100.

When the woman walked past the registers to the door, the manager said she asked the woman to return and pay for the items and the woman pushed past her, scratching the manager’s arms in the process.

Another employee attempted to take the jackets away from the woman but she also pushed past him and he followed her out and tried to grab them again at which point the manager told him to let her go.

They said the woman dropped one jacket, picked it up and when the employee approached, she hit him in the face with an open hand.