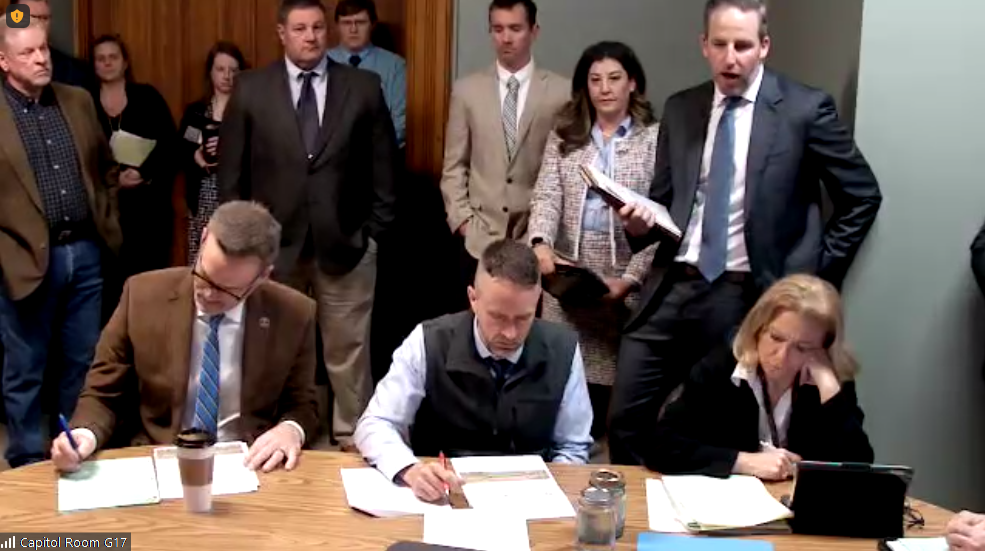 A proposal to fund water conservation projects is back before the Iowa Senate after it died in tax negotiations.

Senate Studies Act 3157 would convert the Iowa local option sales tax to a statewide sales tax. That switch would put a fraction of a cent from every purchase into the Natural Resources and Outdoor Recreation Trust Fund — a fund that has been empty for over a decade.

At a subcommittee Wednesday morning, lobbyists celebrated the launch of the fund, commonly referred to as “IWILL.” Tammi Kircher, who represents hunting and conservation group Ducks Unlimited, said outdoor recreation projects help retain residents in Iowa and attract new workers to the state.

“Let’s bring people to Iowa to hunt, fish and camp and enjoy the outdoor opportunities as they come here for new jobs,” Kircher said.

Senate Republicans proposed the IWILL funding plan in their first tax bill, but the idea fell through negotiations with the House of Representatives and Gov. Kim Reynolds. The final tax bill did not include statewide sales tax.

“It’s not pride in authorship, but it’s probably the most likely way to make IWILL a reality and achieve great tax policy,” Dawson said.

Though the bill puts IWILL back on the table, its political future is uncertain. Gov. Kim Reynolds was skeptical about the IWILL funding proposal in a February interview with Iowa Press.

“Now, with inflation at a 40-year high, we have to be really careful about raising taxes,” Reynolds said.

Dawson said he’s optimistic the plan will move forward soon, whether at this meeting or next year.

“It looks like we’re getting to the point where we have to end up achieving something,” he said.

The subcommittee voted to submit the bill for consideration by the full Ways and Means Committee.

Youngsters with most cancers get the tenting expertise in Crosslake, Minnesota

Contained in the Summit-Obsessed World of Ham Radio