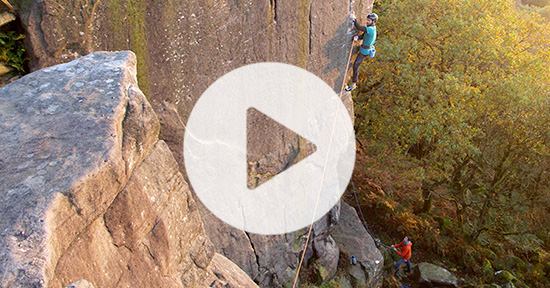 Watch Belgian rock climber Siebe Vanhee as his explores the trad climbing on the gritstone crags in the UK, where he manages to to meet up with British climbing legends such as John Dunne, Pete Whittaker, Sam Whittaker, Jim Pope, Franco Cookson, Ben Heason and Johnny Dawes.

In late 2021 Siebe Vanhee travelled to the UK to find out more about the fabled gritstone climbs in the Peak District and in Yorkshire. Despite the poor weather the Belgian managed to repeat high-end classics such as Parthian Shot at Burbage South, Gaia at Black Rocks and End of the Affair at Curbar. Perhaps more importantly, he managed to find out about what makes this trad climbing so special from some masters of “God’s own rock” such John Dunne, Pete Whittaker, Sam Whittaker, Jim Pope, Franco Cookson, Ben Heason and Johnny Dawes. His two-and-a-half-week climbing trip is documented in Friends Of The Grit, directed by Andrea Cossu.

From droughts to floods and storms: Water is the first medium...

5 Ideas for Adventuring With Your Canine