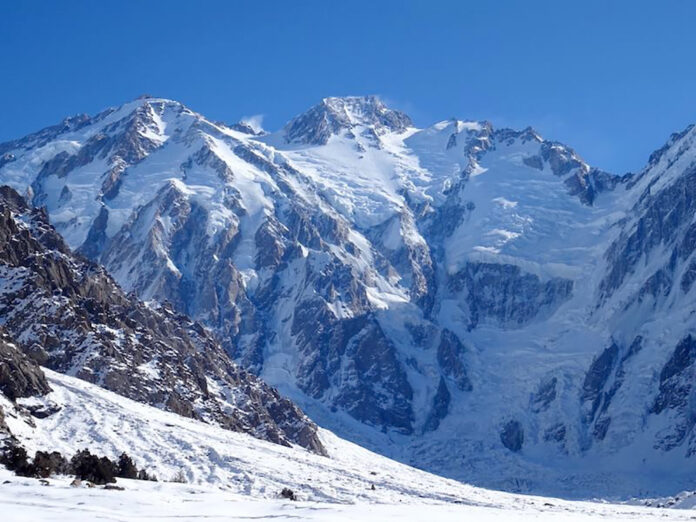 Yesterday six Italian alpinists from the Valle d’Aosta summited Nanga Parbat, the ninth highest mountain in the world. Climbing up the Kinshofer route on the Diamir Face, Marco Camandona, Pietro Picco, Roger Bovard, Jerome Perruquet and Emrik Favre reached the summit on 4th July, having left base camp on Sunday, July 3, 2022 at 5am local time.

Expedition member François Cazzanelli departed from Base Camp later than the rest of the group, at 11.30 (local time) and needed just 20 hours and 20 minutes to reach the summit. he rested for only 4 hours at Camp 3 and then reached the highest point at 7:50 am local time.

The Italians opted for a single summit push strategy, starting from the CB at an altitude of 4200 meters and not spending the night at intermediate camps but instead resting for a few hours at C3 and continuing to the summit without supplementary oxygen. The route was equipped by Sherpa up to C3 (6850m).

Cesar Rosales from Peru reached the summit with Cazzanelli and Perruquet, and only Cazzanelli and Rosales returned to base camp on the evening of 4 July, while the other climbers chose to spend the night at C3 and returned the next morning.

The ascent of all six team members comes shortly after the addition of the new variation Aosta Valley Express, added by François Cazzanelli and Pietro Picco on the Diamir face, which joins Kinshofer route at Camp 2.

“Our thoughts are with all the families of the victims involved in the accident on the Marmolada” explained the team. In the next few days they will rest and study the weather, before considering Broad Peak and K2.

Improvised tactical rifle sling out of paracord and carabiner – shtf...