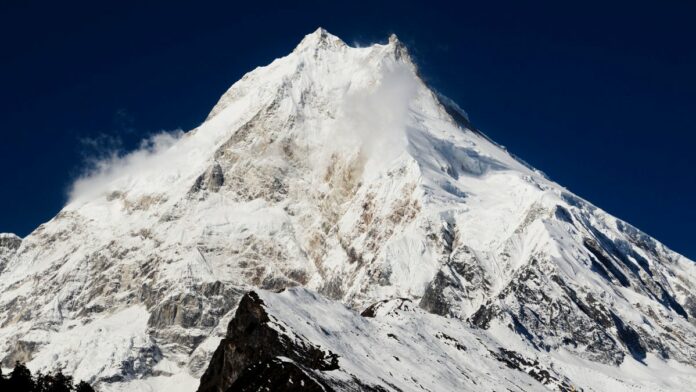 Renowned big-mountain skier Hilaree Nelson has gone missing on 26,781-foot Manaslu while attempting to descend the peak on skis on Monday. According to multiple reports, Nelson, 49, crashed just below the summit.

The accident occurred just after 11:30 A.M. Nepali time, shortly after Nelson reached the mountain’s true summit alongside her partner, James Morrison. Jiban Ghimire, managing director of Shangri-La Nepal Trek, the guiding company that was working with Nelson and Morrison, said his crew at Manaslu Base Camp received a call Monday midday from guides who had climbed with the duo saying Nelson had fallen and was nowhere to be seen.

“The duo reached the true summit of Manaslu at 11.30 A.M. local time. And about 15 minute later I got a call from our staff at Base Camp that her ski blade skidded off and [she] fell off the other side of the peak,” Ghimire told Outside.

The Himalayan Times has reported that Nelson may have fallen into a crevasse located just below the summit, and quoted an eyewitness saying she fell approximately 80 feet into a a vertical crevasse. Inclement weather grounded helicopter rescue attempts at that elevation on Monday afternoon. According to the newspaper, Morrison was skiing down to Camp III on Monday afternoon.

Nelson and Morrison are two of the most accomplished big-mountain skiers on the planet, and in 2018 they became the first to descend 27,940-foot Lhotse on skis, an accomplishment that earned Nelson the National Geographic Adventurer of the Year award. Nelson lives in Telluride, Colorado, and is the mother to two children. Morrison and Nelson were slated to join elite company by descending Manaslu, which was first skied in 2011 by climber Adrian Ballinger.

Heavy snowfall on Manaslu delayed their progress, and on Friday Nelson posted an online update about their failed summit attempt on Thursday. The two decided to descend after reaching a point between Camp III and Camp IV and encountering bad weather.

“I haven’t felt as sure-footed on Manaslu as I have on past adventure into the thin atmosphere of the high Himalaya,” Nelson wrote. “These past weeks have tested my resilience in new ways. The constant monsoon with its incessant rain and humidity has made me hopelessly homesick. I am challenged to find the peace and inspiration from the mountain when it’s been constantly shrouded in mist.”

Nelson’s disappearance occurred on a deadly day on Manaslu that saw avalanches kill at least one climber and trap a dozen or so more just below Camp IV, which is located at 24,000 feet. Details are still filtering out from Base Camp about the condition of climbers on the peak, with news being updated every few hours about rescues and casualties. The Nepali tourism department told Outside that the current list of casualties includes one climber killed, four in critical condition, and nine suffering lesser injuries.

Heavy snowfall over the past week produced unstable conditions on the mountain, and a video of massive avalanche above Base Camp circulated online over the weekend. The video is below.

The downfall of a serac, just above Manaslu Base Camp. Captured by Tendi Sherpa. pic.twitter.com/ajBi5amx9c

Website Explorersweb.com reported that the deadly slide occurred just before noon on Monday, with guides from German expedition company Furtenbach Adventures saying that a collapsed serac may have started the avalanche.

One climber died in the slide, and the Himalayan Times identified the deceased man as Anup Rai. Helicopters began flying up the mountain to rescue injured climbers.

After the slide, representatives from various expedition companies posted updates online about their clients and guides. Climber Mingma Gyabu Sherpa of company Imagine Nepal posted an Instagram update from Camp III saying that five of his Sherpa climbers were trapped in the slide and all were rescued. Chhang Dawa Sherpa of Seven Summits Treks wrote online that four Sherpas, including two from his climbing team, were trapped and required urgent rescue.

Lukas Furtenbach told Outside that his guides and clients spent most of the day assisting rescues between Camp III and Camp IV.

“Our team, with guide Dave Watson, decided to stay in Camp III because of dangerous conditions—most other teams left for Camp IV or have already been in Camp IV and pushed for summit,” Furtenbach said. “Dave, our sherpas and one of our clients who is a paramedic worked all day with rescues.”

Nirmal “Nims” Purja, owner of Elite Exped, posted videos of a rescue helicopter bringing injured climbers to Manaslu Base Camp. Elite Exped was also leading an expedition to the peak’s summit, and Purja wrote that everyone on the team is safe.

The disastrous day comes amid the busiest fall climbing season ever on Manalsu, long considered one of the easier peaks above 8,000 meters to climb. The Nepal government issued 404 climbing permits for the fall—last year the number was 150. These foreign permits do not include the guides who help shepherd climbers to and from the top, and website Explorersweb pegged the total number of people on the mountain at approximately 700.

Manaslu has been the setting for deadly avalanches in the past; in 2012 a massive avalanche killed 11 climbers in late September. The climbing season on the mountain traditionally occurs in mid fall, and Furtenbach said that early snowfall can create dangerous conditions on the mountain—no matter how many climbers are present. But climbers must be willing to turn back when conditions are dangerous, he said.

“Heavy snowfall and no avalanche awareness or avalanche risk management—same as 2012,” Furtenbach said. “No matter if there are 200 permits or 400: if conditions are dangerous, you are supposed to quit.”

DEC points steering on spring recreation within the Adirondacks | Native...

A have a look at the 99 outdoor initiatives to obtain...

College of Utah making out of doors recreation attainable for these...