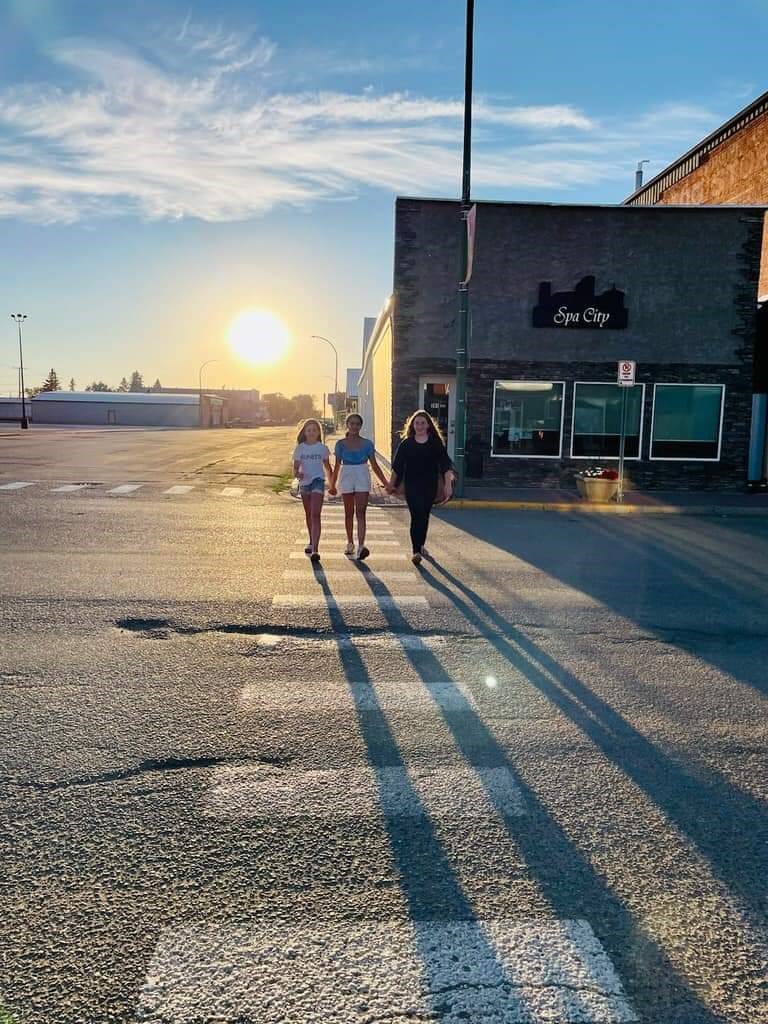 As residents grew more acclimated to a return to normalcy, Unity’s summer activities in 2022 were plentiful.

The Unity Credit Union Aquatic Center opened on May 29 and remained a busy place throughout the summer. Lifeguards organized drowning prevention activities during the week of July 17-23, which included a communal barbecue.

Unity’s Parks and Recreation Director, Lisa Feser, says: “Five successful swimming courses were held. Aquacizes were well attended throughout the season. The pool closure has been extended to August 30th to allow more swimmers to enjoy the pool before school starts.”

The hot summer weather made residents and visitors grateful for the public summer swimming times.

Feser adds: “We had a great crew of summer students this year. The lifeguards will stay until August 31 this year. The remaining students will finish their season with us on August 26th.

Everyone loves a parade. Unity benefited from two parades in 2022, both the return to the Unity Western Days parade in June and the graduation parade in late June.

The Unity Western Days was another summer activity to return offering three days of activity and was welcomed back by both residents and visitors and provided a kickoff to summer in the community on the first weekend in June.

On July 14, families rejoiced at the Pages in the Park pop-up program that came to Unity as part of the Light of Christ Catholic School Division’s summer literacy program.

Unity kids also had the opportunity to experience two visits to the Rivers West Mobile Playground, and both events were well attended. The program offered organized activities and lunch for the participants.

The Ball Diamonds were busy with teams in both baseball and softball divisions hosting games and tournaments. In addition, three sets of provincial championships were held at Unity Diamonds. Community events provide an economic boost as visitors often shop, use our accommodations, and purchase groceries and/or fuel. In addition, events at the diamonds offer the opportunity to highlight the beautiful diamond complex.

The community congratulates longtime Diamonds volunteer Mary Anne Gaetz on being inducted into the Sask. Baseball Hall of Famer on August 20th.

Unity Golf Course enjoyed a consistent summer and expected the persistently hot weather to keep the course busy. There are also some upcoming tournament golf events to wrap up August and September.

The Unity and District Heritage Museum said that from July 8th to 8th 8 they happily welcomed 160 visitors. The museum has also been the site of two reunions, several services and a wedding, with another wedding to come. Museum committee members say they have received many compliments on the facility, which reflects the excellent work the volunteers have done and are doing.

The benefits of all walking trails, trails to the dog park, and the dog park itself continue to be recognized, as users have often expressed appreciation for these additional benefits that places and spaces in and around Unity can utilize.

Richardson Pioneer Outdoor Recreation Park saw a steady stream of users throughout the summer. The pickleball court next to KC Rescue was another recreational opportunity enjoyed by many as the sport continues to grow in popularity. The added bonus of being able to catch ball hockey and basketball action was another recreational opportunity that was enjoyed by numerous residents and even event-goers throughout the summer.

Five playground parks in the community saw a steady stream of users who enjoyed the options of basketball hoops and a variety of play equipment, and was a wonderful place to while away a few hours with young children. A number of users remarked on the cleanliness of Unity’s parks, a testament not only to Parks and Rec. employees, but to those who have been extra diligent in using these spaces.

The UCHS site also offers a basketball court and a beach volleyball option, which have been appreciated by teenagers and families who enjoy taking advantage of them.

Residents say they are grateful for the additional options of the new Slam’s Outdoor Dining and Beverage Patio, new movies in the air-conditioned comfort of the Second Avenue Cinema, the Ice Cream Shoppe, the new smoothie shop, and numerous other shopping, product, and service options. People get excited as they watch the ongoing developments of Main Street’s new indoor pool under construction.

As summer recreation transitions into fall, winter and fall programs have either received enrollments or will do so in the coming weeks.

At the ice rink, Feser says that the boards have been cleaned and the ice rink can be put into operation. The annual 3v3 tournament at North West Terminal is scheduled to start on September 27th.

Feser says, “We will prepare the Richardson Pioneer Outdoor Recreation Park for the establishment of the outdoor ice rink.”

The Final Information to Adventuring in Walla Walla