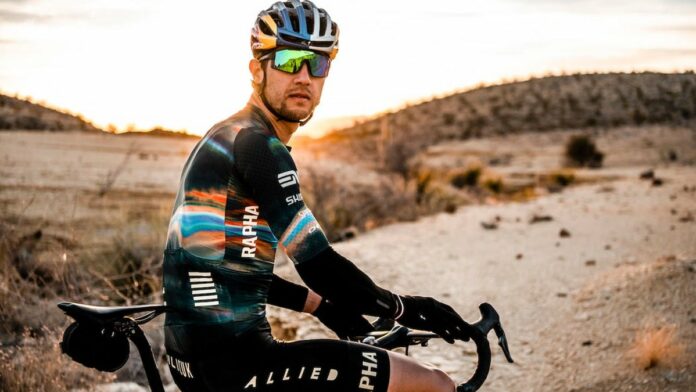 Strickland, 35, became a central figure in the case after police accused his girlfriend and business partner, Kaitlin Armstrong, of shooting and killing Wilson in Austin, Texas, on May 11. According to an arrest affidavit distributed by the Austin police, Strickland told police that he and Wilson had pursued a romantic relationship in 2021 during a break in his relationship with Armstrong. Strickland also told police that he had purchased a nine-millimeter handgun for Armstrong in December, which investigators believe was used in the killing.

In response to these details, component brand Enve Composites, bicycle companies Allied and Specialized, and apparel brand Rapha all cut ties with Strickland.

“We were horrified to learn about Moriah Wilson’s death and as more details continue to come out in the media, the shock and sadness deepens,” reads a statement from Enve Composites. “Her murder and subsequent details regarding her death have been hard to process and as an industry, we’re left in a position we’ve never been in before. After speaking with Colin, we’ve mutually agreed to end the contract and partnership. We hope that Moriah’s family and the cycling world as a whole are able to heal in time.”

Specialized, which sponsored Strickland’s helmet, shoes, tires, and mountain bike, was the first brand to cut ties with him. It released a statement on Saturday, May 21, parting ways with Strickland.

“He will no longer be a sponsored athlete for the brand,” a statement said.

“Like many, we have been following the news around the incredibly tragic death of gravel and mountain bike prodigy and prominent member of the American cycling community, Moriah ‘Mo’ Wilson. We are deeply saddened by her senseless death and we are sending our condolences to Mo’s family and friends. In light of recent events we have mutually agreed to end our partnership with Colin Strickland with immediate effect.”

In addition to providing apparel, Rapha provided Strickland with a “sponsorship fee,” but the brand would not detail that amount. Strickland’s contract with the brand was signed through the end of 2022.

On Monday, VeloNews contacted Red Bull and received an email from a senior communications manager that read, “thank you for reaching out. This is a matter for the authorities.” The representative declined further comment. Another one of Strickland’s sponsors, the Austin, Texas, café The Meteor, also declined to provide plans about its future relationship with Strickland. The Meteor also sponsored Wilson.

Chris St. Peter, cofounder of The Meteor, told VeloNews, “we have no other comments at this time, other than we mourn Mo’s tragic death and extend our deepest condolences to her family.”

An arrest warrant was issued for Armstrong on May 19, and the 34-year-old is now on the run and being sought by the U.S. marshals.

In the affidavit and arrest warrant filed by the Travis County District Court on the same day, Strickland spoke about his relationships with both Armstrong and Wilson in a voluntary interview. Strickland said he was with Wilson in the hours leading up to her death on May 11.

The affidavit reveals the two went swimming at the Deep Eddy pool in Austin and afterward ate at Pool Burger. The affidavit states that Strickland dropped Wilson off at the friend’s house where she was staying and left without entering the house.

Minutes later, a car registered to Armstrong pulled up. About an hour and a half later, Wilson’s friend returned home to find the 25-year-old shot to death, the affidavit read.

Strickland told police he had not seen Armstrong since May 13. He has not been charged with a crime, and he issued a statement saying he has fully cooperated with authorities. The statement, issued to the Austin American-Statesman on May 20, said he felt “tortured about my proximity to this horrible crime.”

Scores and highlights from the Hooks vs. San Antonio Missions collection

Outside Actions Thought of A Chance Says WHO COVID-19 Professional