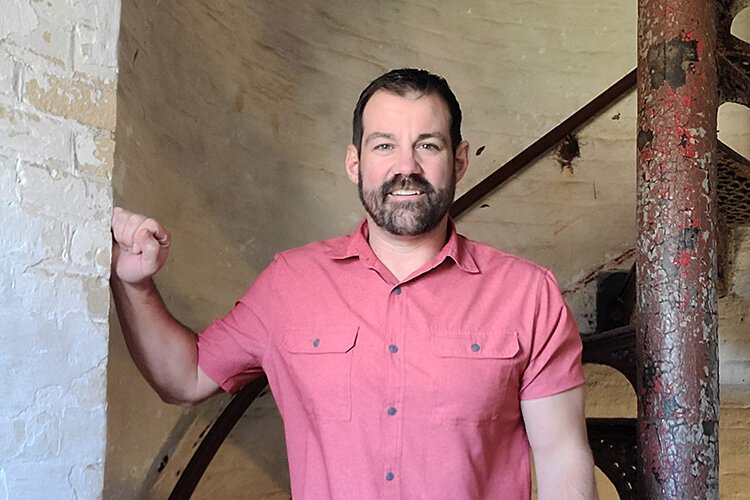 Delor first joined the St. Clair County Parks and Recreation Commission in 2005 as Marketing and Volunteering Coordinator. Five years later, he says, his role began to develop when the county acquired Fort Gratiot Light Station and wanted Delor to focus some of his time on its restoration.
“Overall, we have a great state park system,” says Dennis Delor. “It shows when Midwesterners come to Michigan to explore our state parks because they are so unique.”
“When the Light Station came on board, my career came full circle,” says Delor. “My first job was at a lighthouse on Lake Superior and now we have a lighthouse here in St. Clair County.”

Delor’s journey to developing his career in parks and recreation began in rural Copper Harbor, Michigan while he was earning a degree in Outdoor Recreation and Protected Area Management from Northern Michigan University. Delor had the opportunity to work at his favorite state park, Fort Wilkins Historic State Park, where he says he was fascinated by the lighthouse and its historical background.

After college, Delor had the opportunity to work in Skokie, Illinois and experience big city parks and recreation. There he learned how important green spaces and recreational opportunities are for people in a busy city.

In late 2001, Delor changed course and became Director of Programming and Visitor Services at the National Museum of the Civil War Soldier in Petersburg, Virginia. Also a history enthusiast, Delor was able to explore this career path while still working in his spare time.

Although he enjoyed colonial history in Petersburg, as his young family began to grow, they decided to return to Michigan to be closer to relatives.

“Overall, we have a great state park system,” he says. “It shows when Midwesterners come to Michigan to explore our state parks because they are so unique.”

In September, Delor was named the new director of the St. Clair County Parks and Recreation Commission. He says he is optimistic and ready for a new adventure.

“I care about opportunities for everyone in the community,” says Delor. “People have different outdoor activities that they like. So once we know what those interests are, we can design our parks around what our constituents and users want and create a more diverse park.”

Do you reside, work, or play within the #mountains? We need...