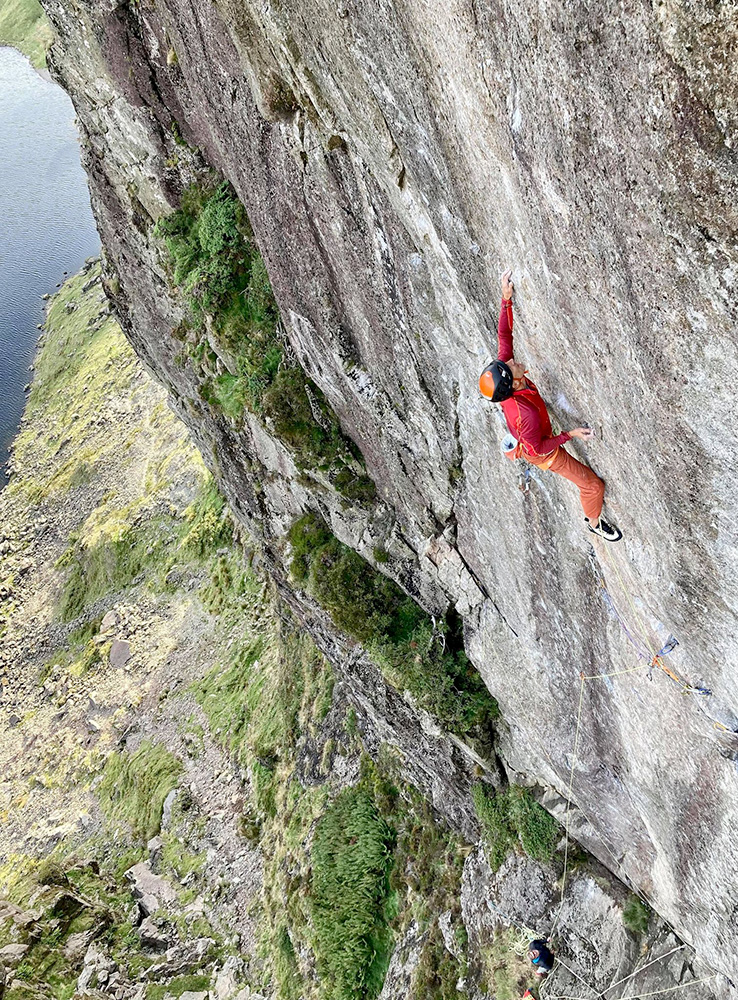 British rock climber Steve McClure has made the second ascent of Lexicon, the E11 trad climb established only recently at Pavey Ark in England by Neil Gresham.

Judging by the interest that Lexicon has generated immediately after Neil Gresham’s first ascent at the start of September, the highly technical and bold E11 trad climb up at Pavey Ark in England’s Lake District is evidently something truly special.

Making the most of mint conditions some of Britain’s finest trad climbers – read Steve McClure, Dave Macleod, Franco Cookson and Neil Mawson – all tried their hand at what is certainly one of the hardest trad climbs in the country and it was 51-year-old McClure who first came up trumps five days ago.

McClure’s track record is is second to none – he has repeated up to E11 (Rhapsody at Dumbarton Rock in 2008), onsighted E8 with Nightmayer at Dinas Cromlech in Wales in 2019 (currently the maximum trad onsight in the UK) and is one of the very few to have established 9b – and as such his repeat may have been seen as a foregone conclusion. Also because earlier this year he had flashed Impact Day, with which Lexicon shares the central section.

Nothing could be further from the truth however when it comes to psychological leads and after taking a circa 20m fall from the last move when his foot popped off, McClure returned a few days later with enough power and commitment to complete unfinished business.

His ascent proved nerve-wracking once again and after the ascent McClure wrote “An absolute skin of teeth ascent, almost dropping the last move! One of the best hard trad routes I’ve ever done. And certainly the scariest.”

2 Individuals Fall to Their Deaths Whereas Rock Climbing Close to...

The Pikes Peak Outside Recreation Alliance hopes to develop outside financial...