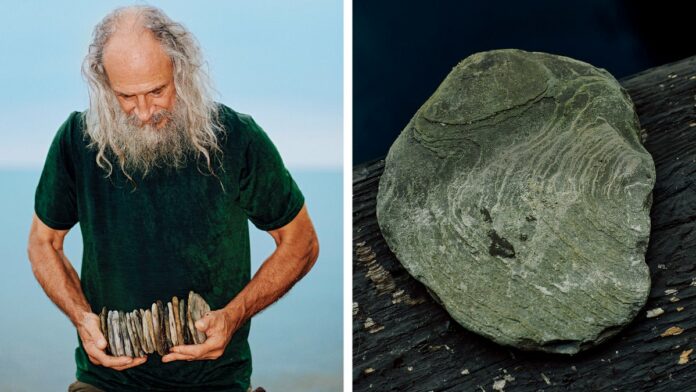 Kurt toiled with the duality of his mental life throughout his teenage years, lurching from hyperfocus to apathy. Classmates would crowd around to watch him at a pinball machine, where he could go hours without losing a ball. He excelled at chess, could pick apart a radio and put it back together, and racked up an Asteroids score so crazy he assumes it broke any known record. “He was seeing the back end of the coding rather than the graphics on the screen,” Victor “Chip” Susol, one of Kurt’s oldest friends, told me.

But the thought of dating filled him with dread, so instead he indulged in wild sexual fantasies and wrote poetry encrypted in a shorthand only he could read. He was a skilled linebacker in football but wouldn’t learn the plays. He enjoyed the “pure contest” of wrestling, but during one bout, an opponent dumped him on his collarbone, and Kurt took a year off from the sport. By 1985, when he enrolled as an English major at Penn State Behrend, in Erie, he says he was more interested in “me-against-myself stuff”: cycling, weight training, canoeing. Hiking became an obsession.

At first Kurt hit established trails near home. Then he linked up sections of abandoned railroad, ATV trails, and footpaths, sleeping wherever it worked out. Before long he was bushwhacking for weeks across mid-Pennsylvania with a compass and a 75-pound pack, fasting for days and testing the limits of his body’s endurance. Fellow travelers were good for a quick chat here and there; then they were gone, just the way Kurt liked it. Walking gave him the time and distance to restock his mental stores before returning to the city.

Whenever he discovered a body of water on these sojourns, he skipped rocks. It felt natural, as if by clasping a stone he was anchored to the planet, able to “hold infinity in the palm of your hand,” in the words of William Blake. Skipping was “safe from development and capitalism, and in control,” he told me, at odds with a society that seemed “hell-bent on detaching itself from the natural world.”

He was great at it, too, able to exert enough spin on the stone that it would stabilize after each skip, maintaining the same gyroscopic effect that holds a spinning top in place. When Kurt returned to Erie, skipping became something of a circus act. His friends would hand him a random lump of something and he’d skip it. “He threw a cinder block,” said Susol, “and it actually skipped.”

After Kurt graduated from Behrend, he earned money delivering flowers for his mom and laying bitumen roofs. But he couldn’t face regular work, and eventually he registered for unemployment. Doctors refused to prescribe talk therapy, and for the general sense of depression that would later be refined to diagnoses of schizoaffective disorder and obsessive-compulsive disorder, he was given only Zoloft, an antidepressant, which he sometimes supplemented with recreational psychoactive drugs. During one week in 1994, he couldn’t get his prescription filled and got into a store argument that involved the police.

Shaken, Kurt left Erie and headed out on a 300-mile trek from Mount Greylock, in northwestern Massachusetts, to the Canada-Vermont border, searching for Thoreau’s “tonic of wilderness.” When he returned, he moved to a motel in Reynoldsville, two hours southeast of Erie, and enrolled in a welding program at a local vocational college. In December 1995, he bumped into a woman named Paula, who was clearing out her locker following a course. After almost a year of exchanging letters, they got together again in person. A year after that they got married, moving into the home of Paula’s elderly mom in Kane, an hour north of Reynoldsville.

The couple enjoyed hiking together—Paula nicknamed them Pair o’ Pathetics, a pun on “peripatetic”—and hoped to honeymoon somewhere far from Pennsylvania. But Paula’s mom was housebound, and neither of them were fit to work. They lived on welfare and rarely hung out with friends.

“There were always three people in our marriage,” Kurt told me on day four of my trip, as we passed Kane on the three-hour drive from Erie to his cabin. “We really had the cards stacked against us.”

In September 2013, Steiner threw a rock that skipped so many times it defied science. This year he hopes to smash records on both sides of the Atlantic, giving him a platform for sermonizing about a sport he believes is “a legitimate path to an essential inner balance,” he says.

Twenty-five years later, Kurt still doesn’t jibe with Kane or other parts of “Pennsyltucky,” Pennsylvania’s Appalachian interior. Partly this is because of his half-redneck, half-Talmudic-prophet appearance: he looks like a figure who stepped off the stained glass of a local prayerhouse to score Big Gulps and jerky. It’s also an outgrowth of his politics: in a region dominated by Let’s Go Brandon flags, he donates to Bernie Sanders, fears climate change, and despises evangelists. He worries that cashiers judge him when he uses food stamps, and he shrank with embarrassment as we loaded up on supplies at Costco.

In 1997, feeling trapped in Kane, Kurt searched for somewhere that he and Paula could escape to. He unfurled a map of Pennsylvania and focused on the green areas. Then he triangulated a spot as far from crowded areas as possible, landing on a corner of Elk State Forest, around 15 miles from the lightbulb-manufacturing town of Emporium.

There he found a 16-acre plot that backed onto a creek and faced south. The moment he saw it, he felt time stand still. It was a “heaviness,” he told me. “The weight of the silence, like a deep cave.”

With help from Kurt’s dad, the couple bought the plot, and they spent the next two years driving between there and Kane, occasionally camping under star-filled skies. Kurt leveled the land and dug the foundation using nothing more than a shovel and a wheelbarrow. He scavenged timber wherever he saw it and scored remnants from local construction sites, but by 2000, he still hadn’t completed the core of what became a two-story home, so he and Paula camped in sleeping bags.

In the fall of 2000, Kurt was reading local classifieds when he came across an advertisement for an amateur stone-skipping contest being held 100 miles west in Franklin. It would be the city’s first, and a feeder for the July 4 tournament on Mackinac Island. Kurt still had a pretty mean throw, and Paula encouraged him to sign up. “My marriage played into my skipping,” he told me. “Ironically.”

That September, Kurt lined up on the bank of Franklin’s Riverfront Park, ready to put his years of throwing to the test. Beside him was a local guy named Russ Byars, who had a towering physique and a shock of blond hair. The two were neck and neck going into the final throw, but Kurt nailed it and won the event, qualifying for the following year’s Mackinac pro tournament.

Byars won at Franklin the following year, earning his golden ticket to Mackinac. Kurt struggled during his debut on the island’s choppy water. This meant that, in 2001, both men would meet in Michigan. It was the beginning of an era-defining rivalry.

A few of the finest tenting in California is on BLM...

Meet the meteorologist of the DICK’S Sporting Items Open

Earth’s pure techniques can’t sustain with our calls for. The one...