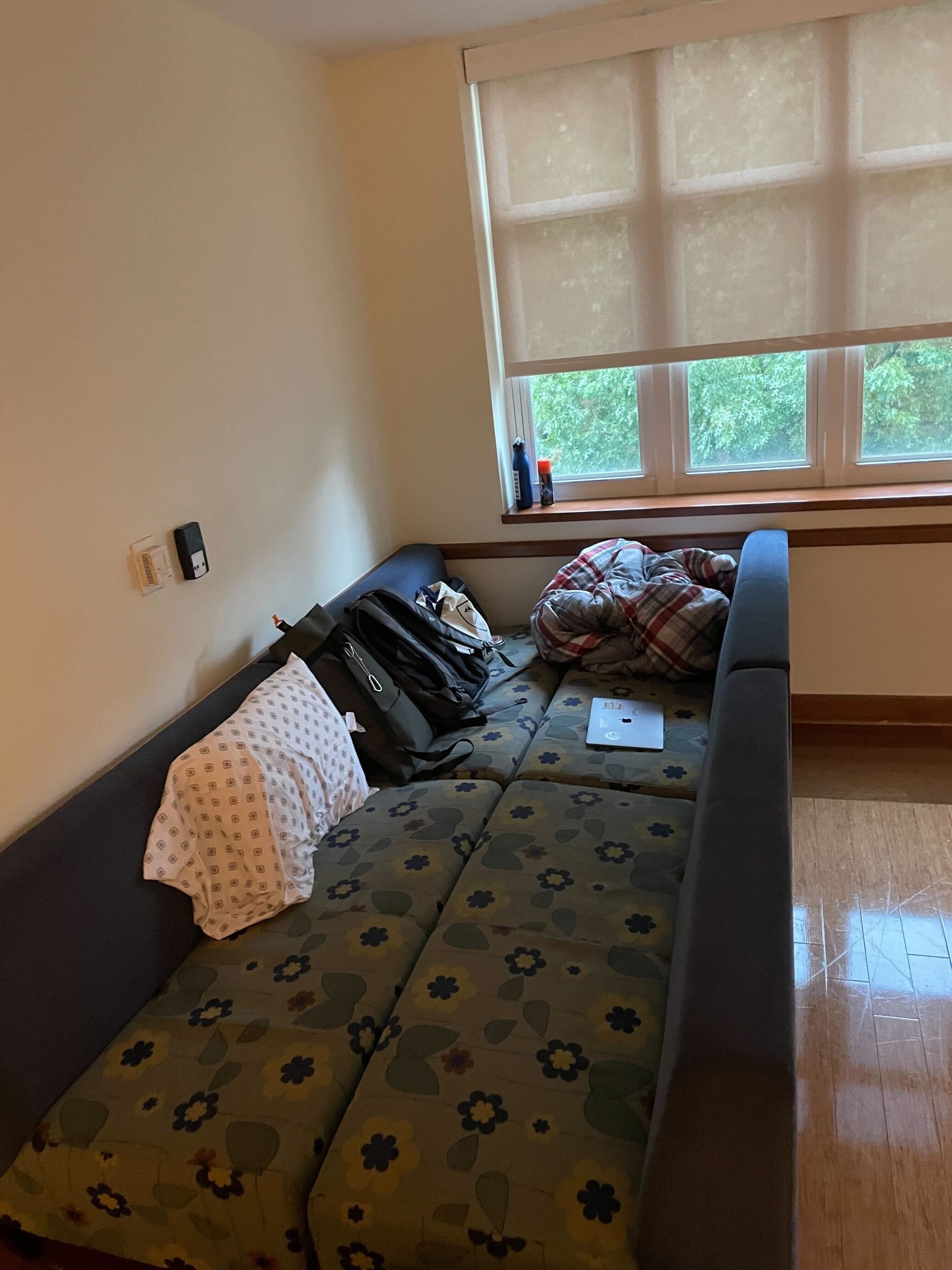 David Gomez (25C) spent his third week in Emory sleeping in the hallway of his dorm. Like most college freshmen, he had lost the end of his junior and most of his senior year of high school to COVID-19. Now it seemed like he might lose his freshman year at Emory University, too.

With a back-to-school surge in COVID-19 cases on campus, people left and right have tested positive. The Emory Conference Center Hotel was overflowing with students who tested positive or were in close contact with the virus, even with two students quarantined together in each hotel room. Gomez’s roommate had a COVID-19 scare and testing was not required. His roommate didn’t take one and didn’t want to.

The virus was close and the question wasn’t “if” but “for how long”. How long before he got it? How long was it before he stared at Zoom screens from an empty bedroom again?

His RA instructed him to call the hotel. After four frustrating hours on the phone, Gomez decided to set up camp in the hallway. So he grabbed his backpack, laptop charger, clothes, water bottle, toiletries, blankets and a pillow. He used the gender-neutral bathroom to shower and folded laundry in the hallway. As a bed, he joined the sofas in the Open Hall Lounge, a space that had only recently been used for Songfest rehearsals and RA launches. He was preparing to see it through the long run.

David Gomez described his time in the hallway as a “wilderness experience.” (Courtesy of David Gomez.)

Sleeping in the hallway had its perks.

“Conveniently, the third floor of Eagle has a water dispenser right next to the sofas, so I was very happy,” Gomez said.

The large window next to his makeshift bed let in light in the morning to wake up. The RAs didn’t mind, and neither did the rest of Eagle Hall. In fact, Gomez had become undeniably popular.

“I know it seems awful that I had to sleep in a lounge for three nights, but when else are you going to have that experience?” Gomez said. “You can say you can go camping, but it’s not the same, especially since you have an audience.”

For Gomez, COVID-19 camping was the unfortunate circumstance that became the defining experience of the 2021 school year. But its “wilderness” experience wasn’t the downer in its first year that it originally presented.

Gomez had gained a new identity: Eagle Hall celebrity. He was “the guy in the hallway”. Everyone said hello to him as they passed him in the hallway on their way to the bathroom, a study, to classes in the morning and back to their dorms in the evening: “Oh, you know, that boy, he’s sleeping in the lounge on the third floor of Eagle Hall.” Soon everyone knew his name.

When people asked about it later, Gomez told them his vacation down the hall was “honestly, an amazing experience.”

It was so amazing that he decided to continue it and sleep in the Eagle, Raoul and Harris lounges at the end of his freshman semester.

“I even made a bet with myself because it was such a positive experience,” he said. “I decided to try and sleep in the lounges of all the other dorms.”

Roomless by circumstance and floor dwellers by choice, lounge surfing has worked for him.

“I just started enjoying my room and was immediately kicked out by circumstances,” he said. “But like I said, it was an incredible experience.”

Officers Search ‘Absolute Idiots’ Who Had been Photographed Vandalizing the Grand...

Out of doors group urges B.C. authorities to extend assist for...

Pipes and Black Diamond have noticed a small variety of gadgets...