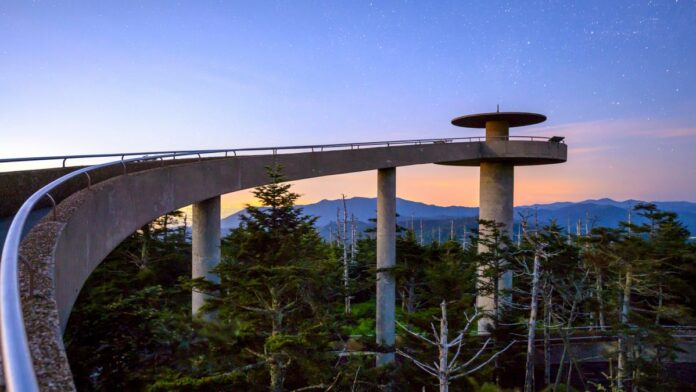 This story originally appeared on Backpacker.com.

An upcoming vote by the Cherokee tribal council could be the first step towards changing the name of Tennessee’s 6,643-foot Clingmans Dome, the highest point in Great Smoky Mountains National Park.

The proposed name is Kuwahi, or “Mulberry Place” in Cherokee, which was what the native population originally called the mountain.

Renaming Clingmans Dome would mark a major change for the peak, which is a popular destination for thru-hikers on the Appalachian trail, and day trippers entering the park.

The current name carries a murky history. Geologist Arnold Guyot gave the peak its title in 1859 in reference to Thomas Clingman, a U.S. senator turned Confederate general who played a significant role in settlers’ efforts to survey the region. Clingman, however, had no affiliation with the Cherokee people and was publicly racist. As for Guyot, he published a manuscript that drew parallels between topography, geography and “the superiority of certain races.”

“The history of the renaming of Kuwahi to ‘Clingmans Dome’ shows that the name of Clingman was designated by a proponent of scientific racism (Guyot) on behalf of an avowed racist (Clingman), in an action that was disrespectful to Cherokee people, culture, history and tradition,” the tribe’s resolution reads.

According to the proposal’s backers, restoring the mountain’s original name wouldn’t serve to bury its history, but rather to make amends.

“The name Clingman is not derogatory in and of itself, but the history shows the act of changing the name of Kuwahi to Clingmans Dome was racist and the racist action should be acknowledged and corrected,” the tribe said.

Clingmans Dome is a sacred location to the Cherokee people, and has historically been used as a place of prayer and reflection. The mountain also appears in Cherokee lore. Behind the call to change the mountain’s name back to its native name are two women: Levita Hill and Mary “Missy” Crowe belong to the Eastern Band of Cherokee Indians.

“We understand that it’s going to be a tedious process and a fight,” Hill told The One Feather last month. “What this resolution does, it’s not saying ‘grant the name change’, it’s saying ‘support our action as we take the steps to attempt to address the proper channels that we can do this’.”

Even if the resolution passes, it would only be a first step toward officially renaming the mountain. The process requires the approval of the National Park Service, the community, and the U.S. Board on Geographic Names. But the tribal council vote could provide momentum to push the process along.

Renaming Clingmans Dome would be the latest instance in a series of recent name changes for popular geographic features. In June, Yellowstone National Park changed the name of 10,551-foot Mount Doane to the First Peoples Mountain. In 2015, former President Barack Obama officially changed the name of the country’s highest peak from “Mt. McKinley”  to “Denali,” which is the Athabascan name for the peak. Other popular destinations still retain their non-native names, such as the Grand Canyon, which was originally called “Ongtupqa” by the Hopi tribe. Mount Rushmore in South Dakota was named “The Six Grandfathers” by the Sioux people, and Mount Washington in New Hampshire was originally named “Agiocochook” by the Abenaki people.

Can Massive 5 Sporting Items Company (BGFV) Inventory Rise to the...

One lowkey worldwide prospect climbing the minor league system it is...

Tenting guidelines not being enforced at Rotary Park – Lake Cowichan...