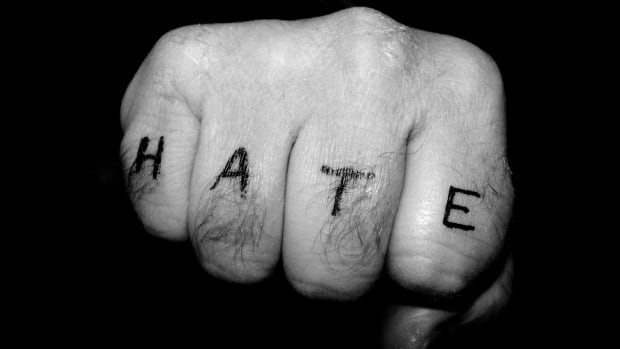 The number of reported hate crimes in Canada is increasing. That’s according to new information released by Statistics Canada.

In 2020, the agency said police across the country reported 2,669 criminal incidents motivated by hate. This is the highest number recorded since comparable data became available in 2009. In the first year of the pandemic, the number of hate crimes reported to the police increased by 37 percent compared to the previous year.

How does that translate in northern cities like Sudbury, Ontario?

According to Greater Sudbury Police, four hate crimes were reported by the public in both 2019 and 2020. However, that number rose to 10 in the past year.

The trend is that we recognize the effects and the public reports on them. We encourage the public to report this.—Sgt. Steven Train, Greater Sudbury Police

In addition, of the 10 hate crimes, four were committed against the city’s Jewish community.

“Honestly, it’s troubling because of the serious impact these types of crimes are having,” he said.

However, Train added that while the numbers are worrying, they suggest people are more willing to contact the police.

“The trend is that we recognize the impact and the public reports on it. We encourage the public to report on it,” he said.

“We want to encourage that it is not just the Jewish or the Chinese or the Korean or the Indigenous community that is responsible for moving this forward – it is members of the public that are responsible for saying this is not right.”

The remaining incident was classified as unknown.

Though the numbers are low, Train concedes it could be due to people’s distrust of the police.

To address the issue, he said the police service has various community-based initiatives such as the Diversity Advisory Committee.

He said that through these types of actions, the service is working to improve and build trust with different communities in the area to feel more comfortable interacting with the police and reporting hate-motivated incidents.

He added that Sudbury Police are in the process of producing an informational video on hate-motivated and biased incidents to raise awareness of the issue.

I think it’s important to pay attention to that because it’s consistently true and it’s not getting better – it’s getting worse.– Emily Caruso Parnell, Chairwoman of the Board of Shaar Hashomayim Synagogue

How many of these local incidents have been solved or led to indictments?

Sudbury Police said the 2021 clearance rates are not yet available because they are generated from Uniform Crime Reporting (UCR), the standard form of reporting across Canada, and will not be filed until May as many investigations are still ongoing. This reporting is used by Statistics Canada to compile their Crime Severity Index.

“It doesn’t surprise me”

Emily Caruso Parnell is Chair of the Board of Directors of the Shaar Hashomayim Synagogue in Sudbury. She said she is not surprised by the number of hate crimes being committed against her community.

“More broadly, we have certainly seen a rise in anti-Semitic hate crimes across the country in recent years. So it doesn’t surprise me that the same increase is reflected in the statistics on the ground,” she said.

“This notion of what is acceptable language or imagery has changed, particularly over the course of the pandemic. And there are anti-Semitic tropes that we’ve seen that have come back and been given new life during the pandemic.”

Caruso Parnell also acknowledged that the number of reported crimes was small, but noted that in communities like Sudbury, where there is a small Jewish community, the percentage of hate-motivated crimes directed against Jews is far higher than the percentage of Jews.

“And that’s true across Canada. I think it’s important to pay attention to that because it’s consistently true and it’s not getting better – it’s getting worse.”

Pet-Pleasant Synthetic Grass: Is It Value It?

Overland tenting and fishing within the Kern River Valley

Use This App to Discover the Greatest Fall Foliage

Planning an Out of doors Journey? Begin Right here: Ladies Who...