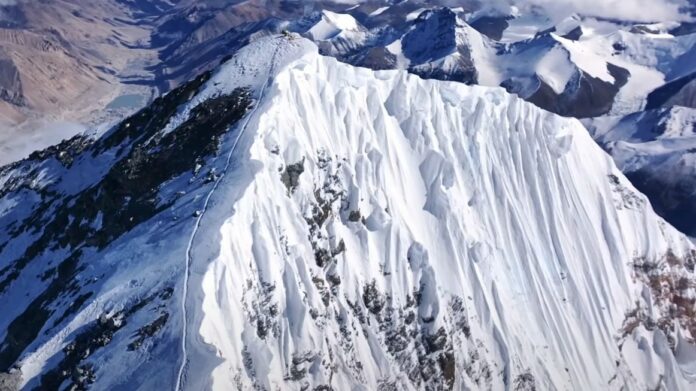 A crew of Chinese mountaineers and photographers flew an aerial drone from the top of Mount Everest, and the video captured by the device provides a totally new perspective of the world’s highest peak.

The video is worth the watch.

On May 27 the team reached the summit of the peak—it included videographers from 8KRAW, a Chinese photography company that works extensively with aerial drones. They flew a DJI Mavic 3, an aerial drone known for its performance at high altitudes. According to website SUAS News—which covers the drone industry—the device was equipped with a 4/3 CMOS Hasselblad camera. The camera caught rare images of the summit of Mount Everest from above.

In a statement provided to SUAS News, Wang Yuanzong, the founder of 8KRAW, said the company started performing aerial photography on Mount Everest three years ago. “It was the team’s long-cherished wish to fly a drone at the top and complete the leap shooting,” he said. “The warm weather conditions on the summit day finally came true, and I am very grateful to Mount Everst for accepting us and allowing us to see it from a new perspective.”

You can check out that new perspective below:

Good to see our analysis on the impacts of local weather...