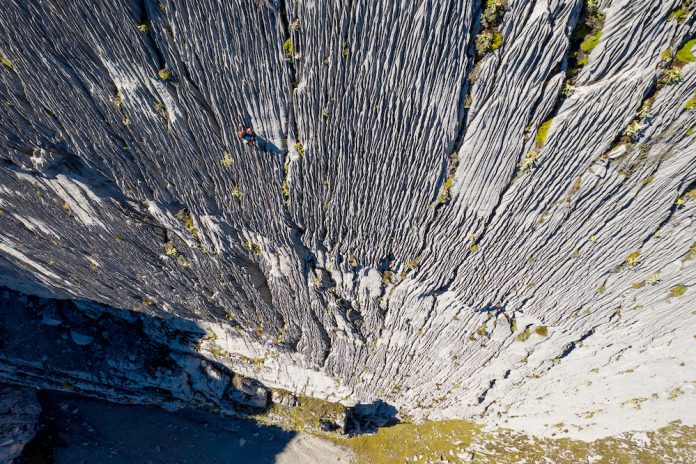 During a climbing trip to Peru in 2019 the pains alpinists Eneko Pou, Iker Pou and Manu Ponce made the first ascent of “One of the most beautiful routes we have opened in our career”, namely Cabeza Clava on the SE Face of Huanka Punta in Peru’s Cordillera Blanca.

With this premise, it’s clear that as soon as they were given the opportunity, the trio returned to this amazing sheet of weathered limestone to establish the neighbouring Super Canalizos. 475m high, this deals with difficulties up to 6c+ only, and was established in 6 hours with trad gear only; no pegs or bolts were placed.

“It is a spectacular line that crosses a system of runnels bigger than we have ever seen before” explained the trio, adding “Rarely have we had the opportunity to climb something so beautiful. We basically climb mountains for the pleasure of treading on something beautiful, and in this case we had the feeling of climbing a perfect sculpture.”

6 Instruments to Make the Most of Dispersed Tenting