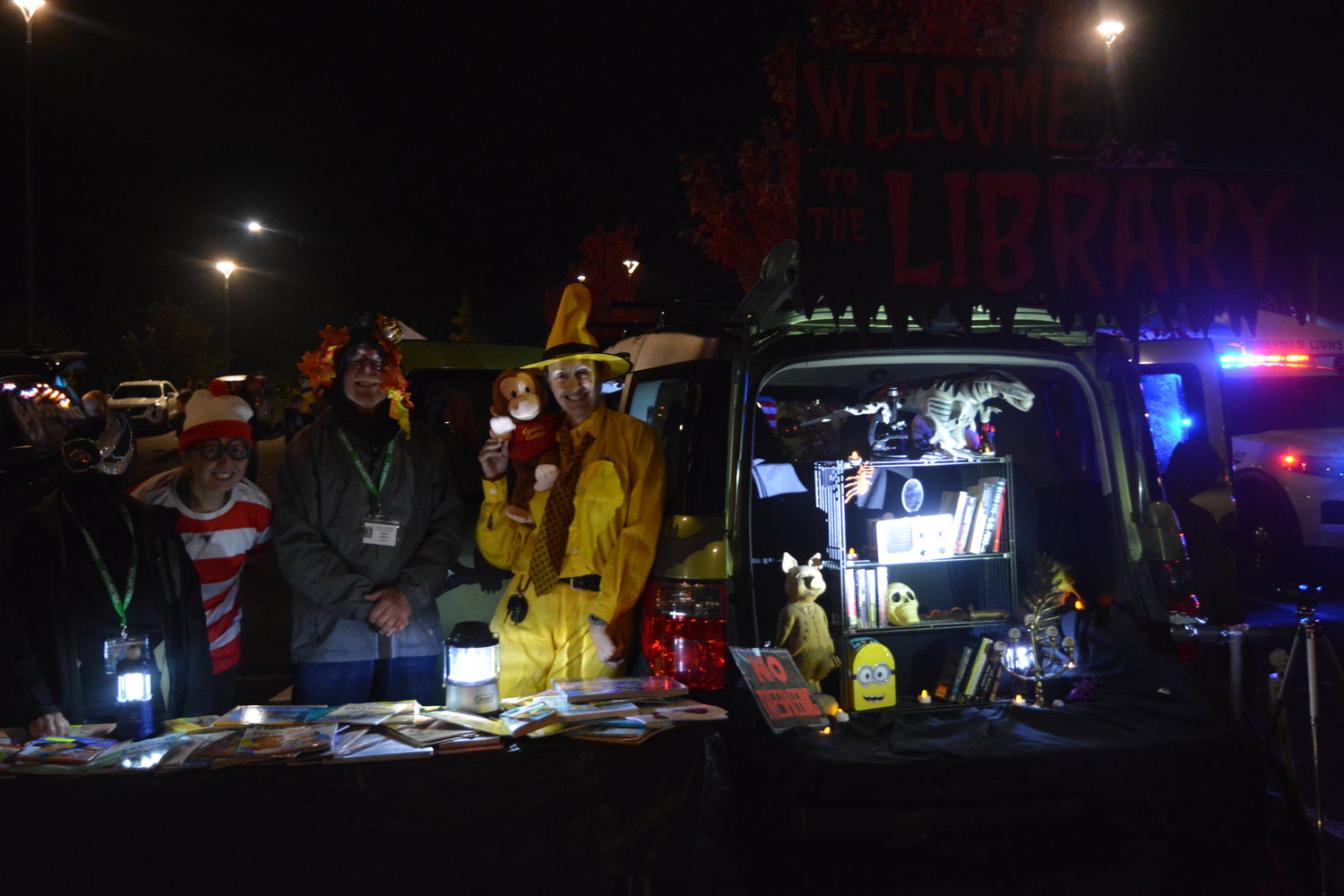 The Ridgefield community flocked to some spooky Halloween fun on Saturday, October 29, when the Alyssa Curran Realty Group, the Ridgefield National Honor Society and parents threw a trunk or treat party.

Suitcases in the Ridgefield Outdoor Recreation Complex parking lot were adorned with a variety of decorations, including Dr. Seuss’ Cat in the Hat and a pinball machine that consisted of a picnic table sticking out of the back of a car.

Another suitcase was modeled after the house from the Disney film “Encanto”.

Childs made the house out of cardboard, using Amazon and Costco boxes, and then painted it.

“I have four children and my family does a family theme every year. And so I usually go with whatever my pickiest kid picks, and she went with Encanto, and everyone else kind of went with it,” she said.

Childs said Halloween is her family’s favorite holiday. They came to the regular or treat event to see people they already knew and to meet new people along the way.

Although candy was the main item distributed at the event, some people decorated their cars to educate the children in attendance. Mitzi Stakar and Dave Wright came to the event to support the Friends of Ridgefield Community Library. They gave away over 600 books to passing children, Stakar said.

“We love to support libraries, books, and book readings, so we volunteer from time to time,” Wright said. “I’m just an occasional volunteer. Some of these people really go, go, go. We like books, we like libraries and we want to encourage children to read.”

Stakar noted that families were receptive and enthusiastic about her presentation.

“The response was great. The parents loved it, the kids loved it,” Stakar said, adding that some kids got more excited about the books than the candy given out on other vehicles.

Ridgefield Mayor Jennifer Lindsay attended the event as Thing 1 from The Cat in the Hat. Lindsay had a table covering her trunk surrounded by white and red balloons.

“This is my second time doing Trunk or Treat,” Lindsay said. “Last year was the first year they’ve done it and it’s just a great way for the community to come together. I just love being creative and doing fun things and I love being here.”

Last year’s event featured a lot of younger kids, which inspired Lindsay to wear her Cat in the Hat costume this year. She wanted to take a fun approach rather than a scary path.

Alyssa Curran, one of the organizers of the event, dressed as Mary Poppins. Curran was impressed by the many families who attended the celebrations.

“I’m a local real estate agent, and we started doing this last year, and we decided it was such a hit, (that) people wanted it again, so we just decided to do it again,” said Curran. “It was a great participation and the whole city was involved. The fire brigade, the police, the mayor were there.”

She said the National Honor Society helped with makeup and other activities.

Arkansas Four-H presents 2 camps to introduce children to in a...

Nervousness in youngsters is quickly climbing

The Greatest Males’s Prolonged-Dimension Pants for Mountaineering and Backpacking

Campers’ tenting suggestions for a profitable journey – ‘follow run within...