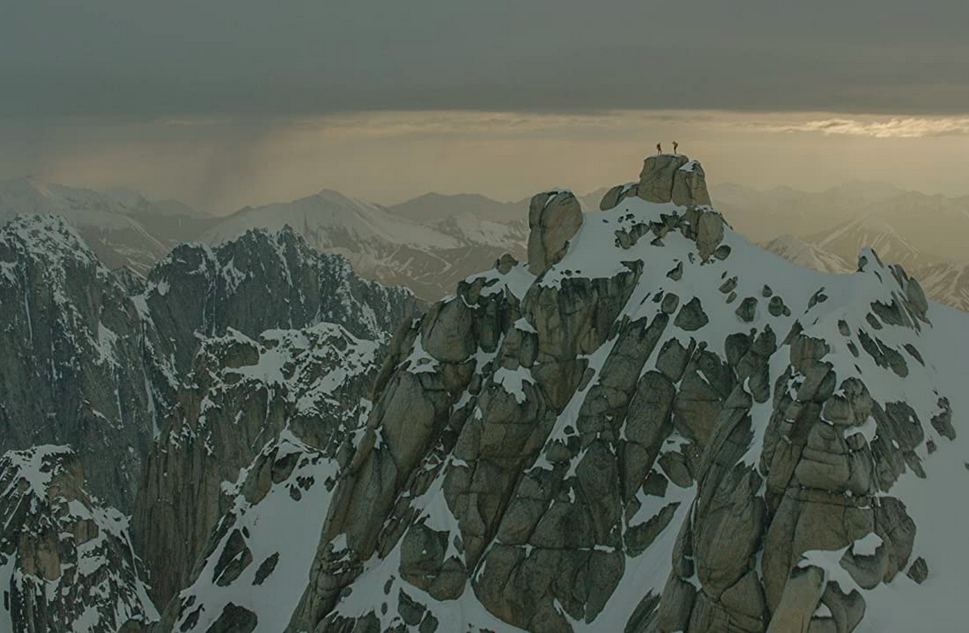 Climbers climb mountains, climb peaks and rappel down again. When all the peaks in a given area have been climbed, climbers sometimes climb sideways. You string together a logical group of peaks and make a massive, enduring traverse that, like everything in the mountaineering game, can involve avalanches, frostbite, horrific (but arresting) falls, dangerously frayed ropes, deadly falling rocks, and ice axes stuck in the Rolling abyss, cerebral and pulmonary edema – and death.

Freddie Wilkinson (L) and Zack Smith on their first attempt to cross the Moose’s Tooth in The Sanctity of Space. (Renan Öztürk/Greenwich Entertainment)

But sometimes, while still alive, they manage to touch the face of God. This is the source of the intense addiction to climbing and flying; Climbers and aviators alike share a reverence for the sacredness of space, a phrase taken from John Gillespie Magee’s famous poem “High Flight.” It is invariably read at the funerals of military aviators who die in the line of duty. It is a beautiful, powerful poem. I add it at the end.

What shall we climb?

Part of the Moose’s Tooth massif. Note two climbers at the summit to represent the scale that is part of Brad Washburn’s photographic legacy in The Sanctity of Space. (Renan Öztürk/Greenwich Entertainment)

The colossal mountain range of Moose’s Tooth rises like a giant jawbone on the east side of Ruth Gorge in the Central Alaska Range, 15 miles southeast of Denali (formerly known as Mt. McKinley). It features a series of peaks appropriately named Elk’s Tooth, Eye’s Tooth, Bear’s Tooth, Sugar’s Tooth, and Broken Tooth.

While not particularly high (compared to the Himalayas), these climbs are still treacherous, and although all the peaks were bagged individually, they still had to be conquered together and sideways. This summit traverse of the most forbidding peaks of the Moose’s Tooth range required two extremely dangerous expeditions. It’s essentially a mind-blowing high-altitude hike, traversing a meandering, dizzying wave of frozen snow that can crumble, disintegrate, and drop climbers to their deaths in the blink of an eye. 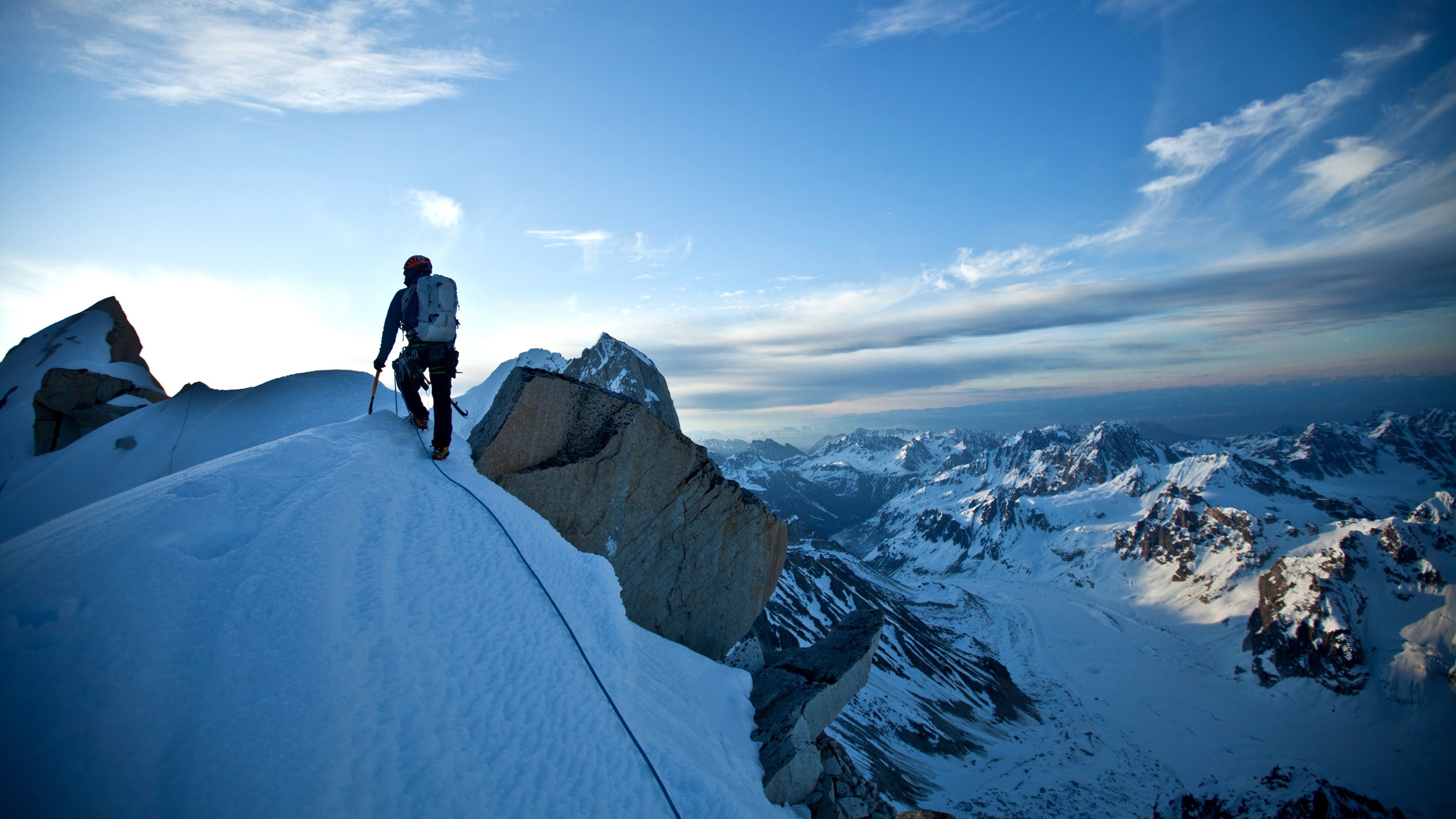 Freddie Wilkinson was filming on the Moose’s Tooth Traverse in The Sanctity of Space. (Renan Öztürk/Greenwich Entertainment)

The climbing is amazing; The film is a little amateurish. But like some of the brittle, crumbling rocks they had to scale, I want to tread carefully, for climbing this route alone was a great feat; Carrying tons of extra film gear while shooting a movie is a next-level effort that really needs an Oscar category of its own. If such a category existed, Jimmy Chin’s aforementioned “Meru” would have won Oscars, as would his better-known work “Free Solo.”

It’s actually two documentaries in one

“The Sanctity of Space” are actually two documentaries that are intertwined. The first is actual ascension; the second is about the life and times of the renowned photographer and cartographer Bradford Washburn, who was also a climber and explorer. 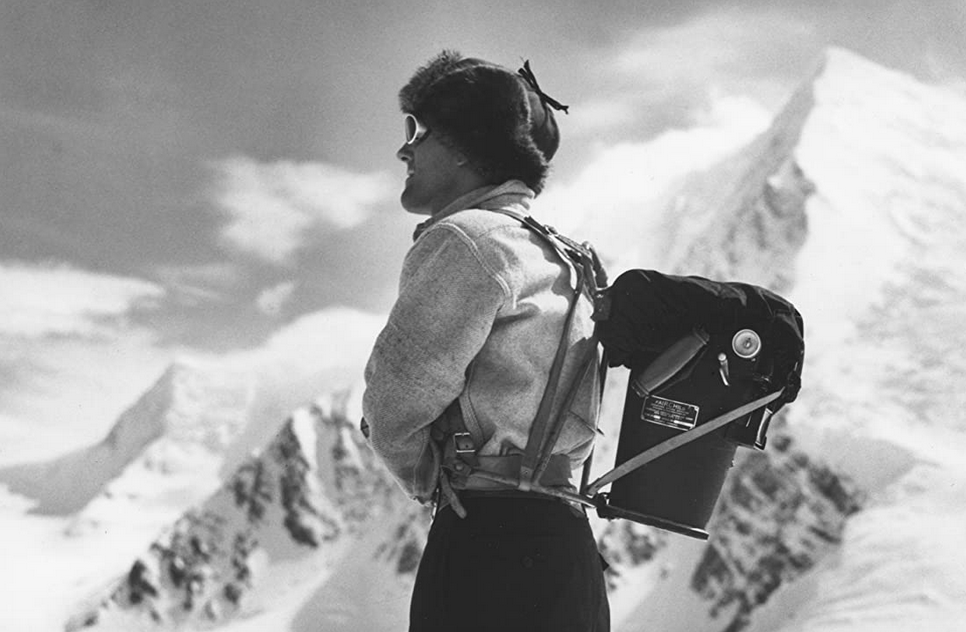 A photo of young Brad Washburn in The Sanctity of Space. (Renan Öztürk/Greenwich Entertainment)

Washburn’s recurring narrative essentially takes us through the legacy of this Massachusetts native, describing how he pioneered the use of aerial photography in cartography and produced superbly detailed maps of regions previously neglected by geographers. It tells the story of how his disregarded advice to Amelia Earhart led directly to her death; his four-decade residency as director of the Museum of Science in Boston; one of his grueling near-death expeditions; and his charming lifelong partnership with his lovable, cheerful, no-nonsense, caring, self-deprecating wife. The climbing story is successful, but the Washburn portrait needed its own fuller, more engaging (and interesting) treatment, and consistently serves more as a distraction. 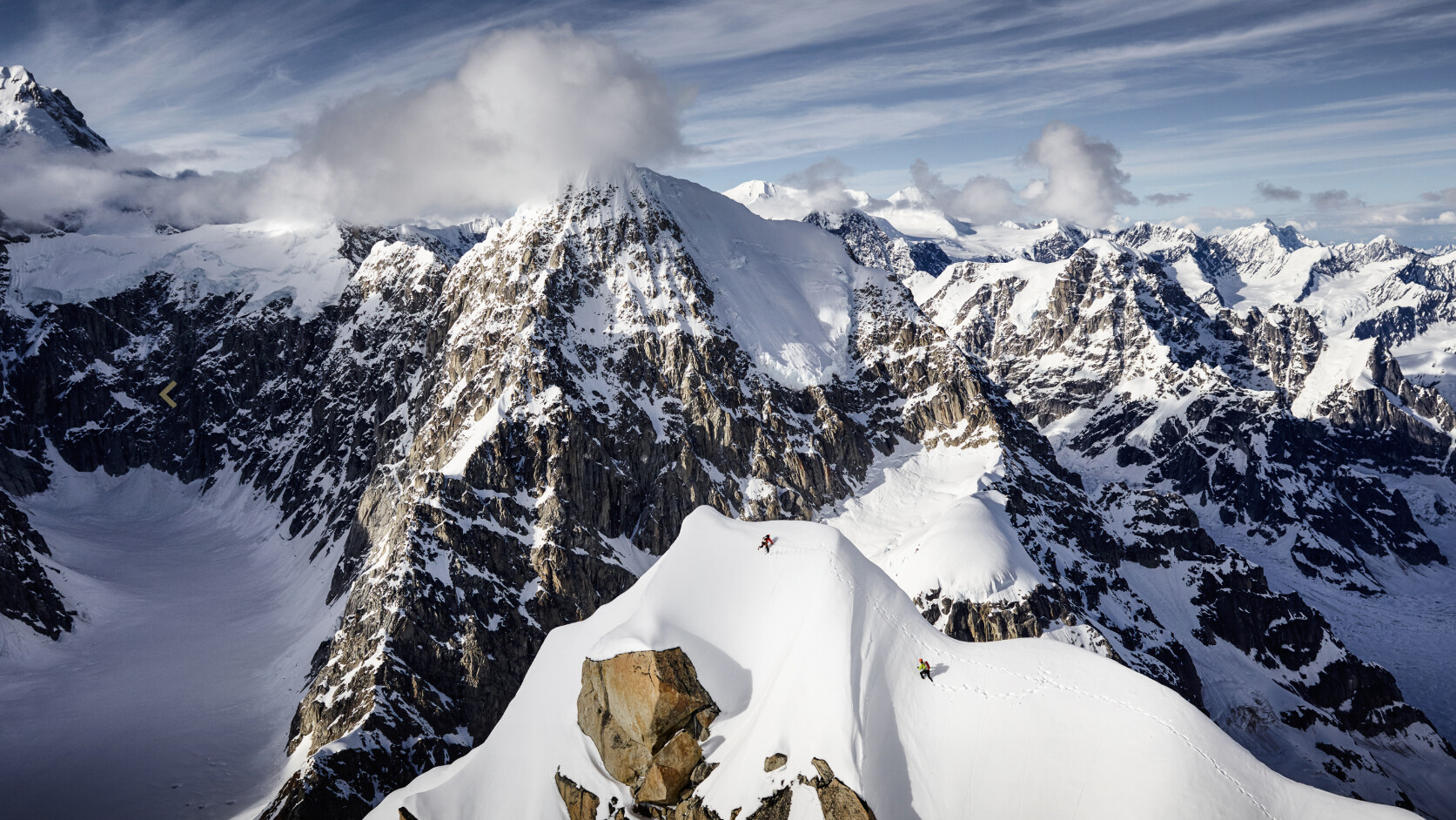 The Moose’s Tooth massif in “The Sanctity of Space”. Note two climbers on the peak in the foreground. (Renan Öztürk/Greenwich Entertainment)

The climbing story, which took place roughly between 2007 and 2013, revolves around the three central climbers. It documents the deaths of fellow climbers; Ozturk’s breakneck skiing accident and his decision to abandon the Moose’s Tooth project and climb Shark’s Fin before returning to complete the Tooth Traverse (also narrated in Jimmy Chin’s “Meru”).

This story also includes the financial struggles of non-pro Zack Smith (a non-pro only in terms of not having a sponsor and having all the necessities of modern pro climbing career i.e. social media, continuous photo documentation, expedition as more marketable movie and so on.

The Sanctity of Space speaks about the burning commitment and unwavering resilience that this lifestyle demands, as well as the heartbreaking possibility of being abandoned by terrified friends. The best fictional films show us worlds and places we’ve never seen or imagined before, but mountaineering documentaries also transport us to otherworldly existences, amid dangerous avalanches and hypothermia.

Experiencing the excitement and childlike wonder of world-class expedition mountaineers through these risk-taking high-altitude shots, not to mention the breathtaking vistas, certainly rivals the fantasy worlds imagined by screenwriters. Being able to witness Alaska’s frigid afterlife without risking life and limb is a treat. 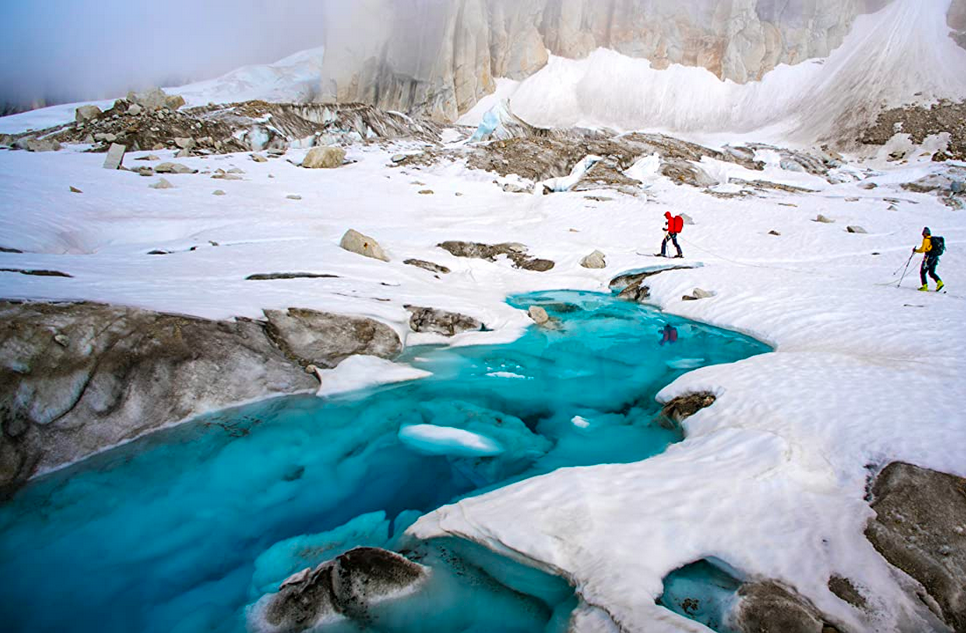 Freddie Wilkinson and Renan Ozturk on the glacial approach to the Moose’s Tooth Traverse in The Sanctity of Space. (Renan Öztürk/Greenwich Entertainment)

“Oh! I have slipped out of the sullen bonds of the earth
And danced the sky on laughing silvered wings;
I climbed towards the sun and joined the tumbling merriment
Of sun-split clouds – and done a hundred things
They didn’t dream of it – rolled and climbed and rocked
High up in the sunlit stillness. hover there,
I’ve been chasing and hurling along the screaming wind
My eager craft through footless air halls…
High, high the long, madly burning blue
I have scaled the windswept heights with easy grace
Where neither lark nor eagle flew –
And as I walked with a still, uplifting mind
The high untouched sanctity of space,
Reach out my hand and touch the face of God.” Movie poster for “The Sanctity of Space”. (Renan Öztürk/Greenwich Entertainment)

Peterborough editorial: Summer time and the outside are right here to...

Alex Honnold is about to develop into a dad, is free...