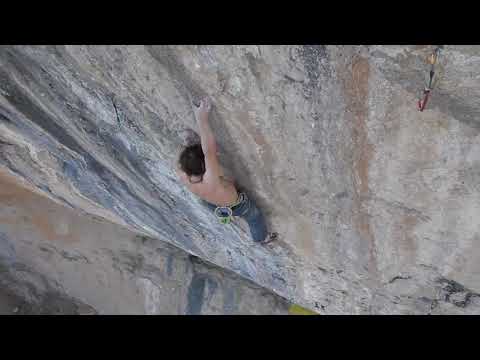 TOKYO (AP) – Weightlifters are some of the loudest athletes in the Olympics, screaming when they lock themselves out at the top of an elevator: “Ahhhhhh!”

Tennis players have long been known as grunters, usually with some form of “ha-uh!” or “ha-ooah!”

The loudest sounds of the Tokyo Games can come from the grounds in one of the newest sports in the Olympic program.

Adam Ondra is widely considered to be the best climber in the world and a favorite for gold medal in Olympic debut in sport climbing.

He’s a bit of a screamer too.

“It may sound bad, but it helps me,” said Ondra.

Whatever it is, the results are hard to argue with.

Ondra has become the rock star of climbing, a long-limbed, long-necked Czech who moves steeply upwards over a web like a spider.

The 28-year-old has mastered more of the most difficult climbs in the world than anyone else and has climbed routes with names like Silence, Change and Pure Imagination – climbs that leave even above-average climbers shaking their heads on the ground.

Maybe he’s the loudest too.

There are other climbers known for their wall-resounding moans, such as American Chris Sharma and German Olympian Alex Megos.

Ondra puts it in another octave, just like it did on the rock face.

His 2017 climb of Silence is considered the toughest climb in the world, a 45-meter pitch climbing a wall in a Norwegian cave with a rating of 9c. Ondra originally called the rise Project Hard before changing it to Silence.

He should have called it out loud.

A film team was there to document the ascent and followed Ondra as he pulled himself on by his fingertips, clamped in difficult positions, even hung upside down by one foot. It also documented Ondra’s screams echoing off the cave walls, a series of screams, growls and grunts interrupted by a screeching “uuuh-aaah!” after clipping into the last screw.

As Ondra’s fame rose with his rock climbing, his audible exaltations became part of popular culture, turning into ringtones, GIFs, and mashups of songs. A compilation of his screams was mixed with metal music and another person pasted his screams into Taylor Swift’s “I Knew You Were Trouble”.

“When I focus on a certain movement and scream, I know that I am 100% exhaling,” he said.

Ondra is on something in this regard.

Tennis players have grunted for years to add strength and rhythm to their strokes. Screaming, screeching, and grunting have infiltrated other sports as athletes try to find an added advantage.

There is some science behind this.

In a 2014 study published in the International Journal of Exercise Science, 30 people squeezed one device three and measured their grip strength while vocalizing, exhaling forcefully, or passively breathing. It found that compression power increased by 25% when they vocalized, compared to 11% when they breathe out alone.

A second study in 2015 had 30 people jump forward as far as possible, exhale forcefully and scream again. Those who screamed jumped about 5% further. 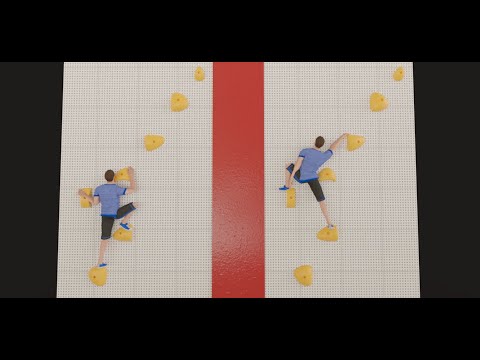 Both studies, conducted at Drexel University, attributed the performance gains caused by screaming to an increased response from the sympathetic nervous system, which controls the body’s fight or flight response.

“The screeching comes when I’m at the absolute limit,” said Ondra.

Ondra was relatively calm in the lead, speed and boulder walls during qualifying in Tokyo on Tuesday. His loudest voice came after tackling the first bouldering “problem” after several attempts.

The Aomi Urban Sports Park, where sport climbing takes place, is also not conducive to the spectators hearing Ondra screaming thanks to non-stop music and chatter between two public address hype / announcements changing in different languages.

That could change when things get hot at the final on Thursday.

A gold medal at stake, Ondra could find himself in a tight spot on the wall and must use all his strength to contort his body while hanging on his fingertips.

Then it will come: “bah-bah-uhhhhhh-aaaaahhhhh!”

A Para-Athlete Learns It’s OK to Ask for Assist

KB House Inventory Is Climbing As a result of Its Earnings...

Views of the Valley: Carbondale begins ‘outside’ journey | Group Columns