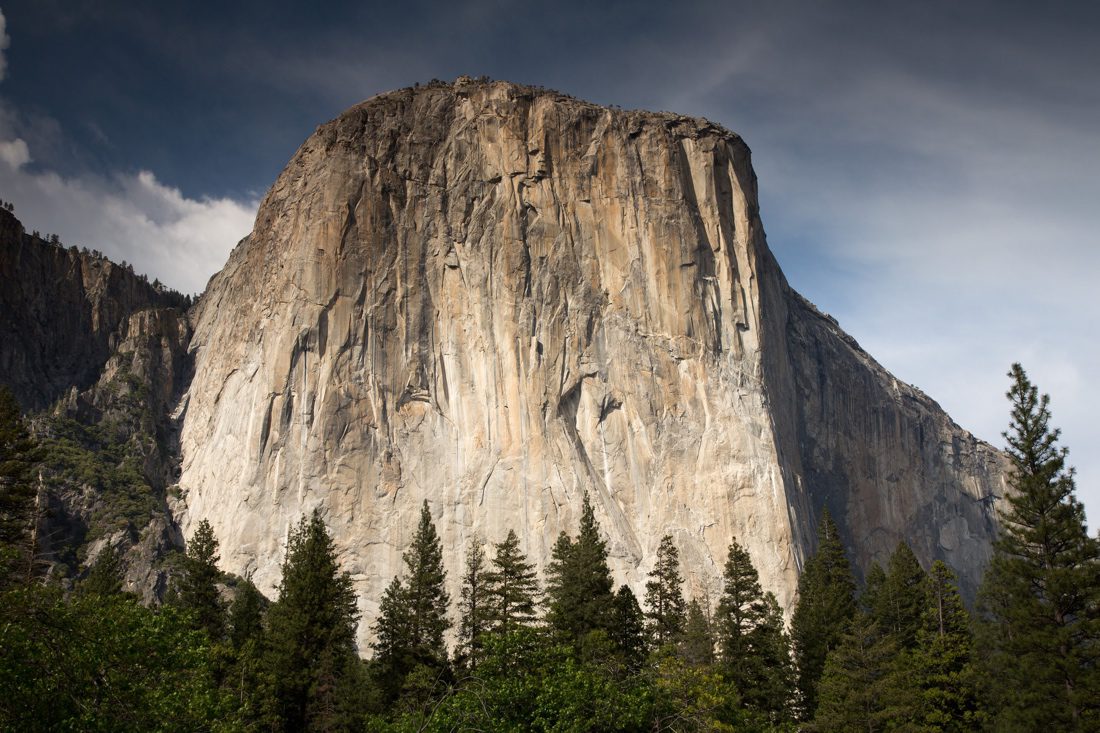 Katie Brown’s contribution Valley of Giants, Stories from Women at the Heart of Yosemite Climbing is prosaically titled “A Good Day”. Her account of an onsight of Half Dome’s classic northwest face has her reconstructing her inner narrative as humble motivation, shedding her armor to become determined execution after committed execution.

We’re with her as she digs deep to summon an exit sequence that will give her the happiest day of her life. Certainly a day not given; but extracted with everything she had. This sense of contingency gives this story its power, as does all the forty or so other accounts. Some tell of a single day trip, others of weeks, months or years.

I chose to be here, on the steepest granite walls the planet has to offer. I chose to train to be able to climb at the highest difficulty and commitment levels. I have immersed myself in a community, drawn from its power and developed it further.

These are some of the personal threads that run through each entry in a book that spans a century of adventures in the melting pot of climbing achievement, from the Captain’s first all-female ascents to solo assisting on modern A5s and speed chains to refined freeclimbing on the most prominent routes.

Lauren DeLaunay Miller’s work puts women’s stories in their rightful place, at the forefront and center of the literary canon of Yosemite Valley – a place violently shaped by its indigenous inhabitants through America’s apparent destiny, as well as a place shaped by successive Generations of mountaineers were sealed with lore. These began with the outing clubs of Stanford and Berkeley, places of both relative privilege and female empowerment.

Miller digs deep into history to capture the ethos of the successive decades that brought us “the golden age” of Stonemasters and Stone Monkeys. All in all, Valley of Giants brings out the aspects of climbing life that set it apart from more mundane pursuits: washing wounds in public toilets, waiting for the stars to turn on a hanging stand, the desire to reconnect with one to avoid tragic fate.

One might also add: waiters to fund another season, hidden camping and unchanging bonds of friendship. Postscripts give a sense of what each contributor has accomplished and how they look back on their adventures in Yosemite. The book is divided into different chronological periods, each reflecting new attitudes and social horizons. Women embraced and contributed to the development of styles and techniques in the Valley, including the use of clean protection (revolutionary in the words of Liz Robbins), the relentless drive to make 5.14 a trad class (all-consuming for Beth Rodden ), and the conviction to free The Nose for the first time (as Lynn Hill did in 1993).

“If you don’t like it, you can come back to Berkeley, donate plasma, and start collecting food stamps again.” Oh no! Thus began the next chapter, writes Sally Moser, recounting her arrival in the Valley in 1975. It is these anecdotes that give Valley of the Giants its power to inspire anyone who knows their expected place in life is not there , where he wants to be.

Valley of Giants: Tales of Women at the Heart of Yosemite Climbing, Edited by Lauren DeLaunay Miller, Mountaineers Books, 2022

That is your final day to take the Virginia Outdoor Survey

Monviso in winter within the footsteps of Patrick Berhault / The...