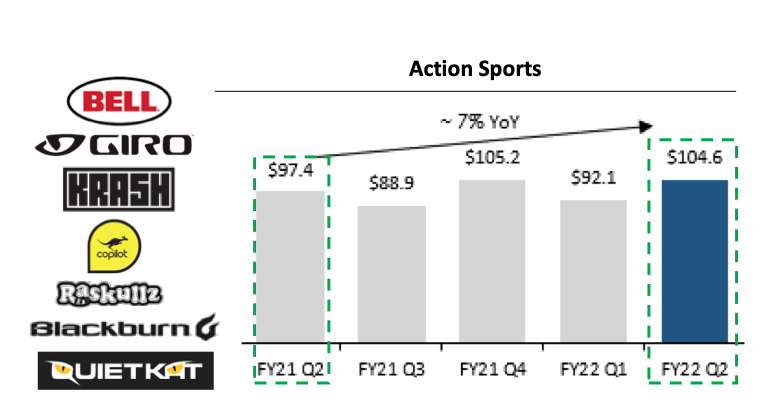 Vista’s CamelBak business is part of the Outdoor Recreation division, which has increased sales by 10% over the same period. Sales in Vista’s Shooting Sports Division increased 49%.

“In the second quarter, each of our segments grew and set new highs for quarterly revenue, up 35% from a record quarter last year, marking our fifth consecutive quarter with a record financial performance,” said CEO Chris Metz.

“We also completed a total of six acquisitions in 14 months, reflecting the strength of our acquisition pipeline and internal transaction processing capabilities,” said Metz. One of the acquisitions was the e-bike brand Quietkat, which was announced in May.