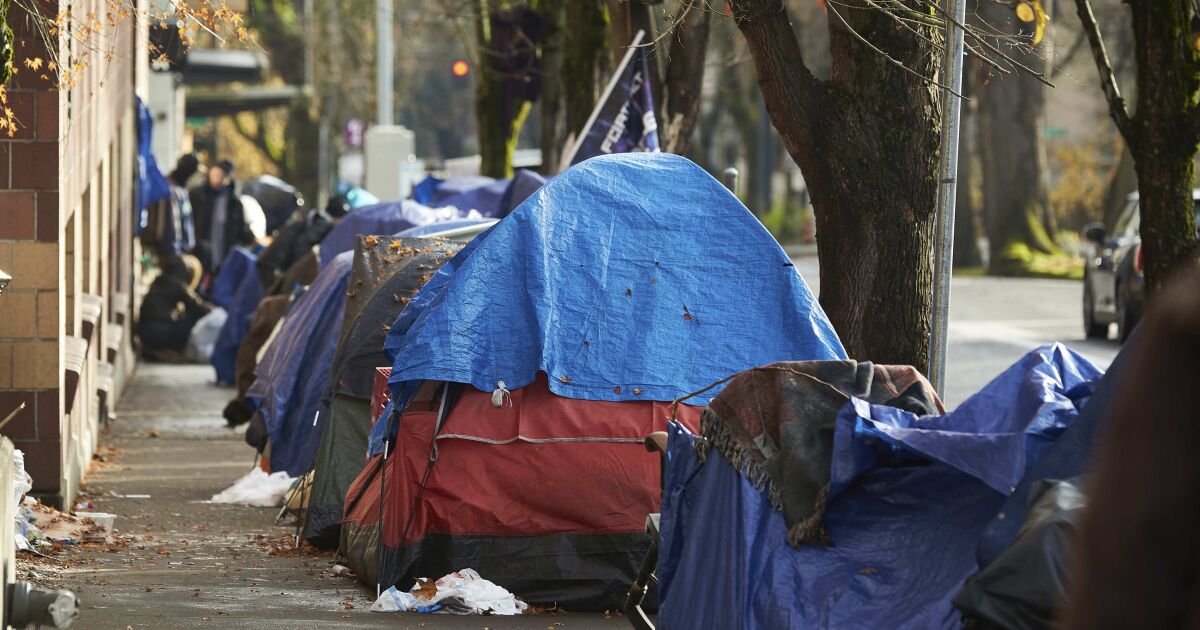 Portland City Council members pushed back a vote on a controversial budget measure that would fund the construction of designated campgrounds for the homeless after residents expressed strong opposition during public testimonies.

Mayor Ted Wheeler has proposed allocating $27 million of the city budget to building a network of large outdoor spaces where the homeless are allowed to camp. A camping ban would be phased in once six designated camping areas have been built over 18 months.

“It will take commitment from all of us to do the hard work that lies ahead,” Wheeler said during Thursday’s meeting. “These assignments are a down payment for this work.”

The $27 million would help open the first three campgrounds, with almost half going to operating costs for the remainder of the fiscal year. About $4 million of that would go toward site preparation and construction.

The proposal would amend the city’s budget for the current fiscal year to accommodate the new projections.

Public statements against the measure and the money that will fund it became so heated during Thursday’s session that city council members were forced to leave the chambers and hold the remainder of the session online. Members of the public were taken to another room at City Hall after some opposed to the plan interrupted council members and had their microphones cut after refusing to meet deadlines in emotionally charged statements.

“What we need is housing,” testified Ben Kopsa. The housing case manager for Transition Projects, a Portland homeless shelter and service provider, said the funds would “essentially go to running parking lots.”

Another resident, Shannon Kearns, said the plan amounts “to pouring money into detention centers under the guise of supporting our most marginalized community members.”

The six designated campsites would initially serve up to 150 people, with 24-hour management, access to services such as food, sanitation, waste collection and treatment for mental health and substance abuse. The locations of the sites and details on how they will work are yet to be confirmed.

While Thursday’s session voted on amendments to the budget proposal, even after a motion from Wheeler, the vote on the proposal was delayed. The next vote on the budget measure is not scheduled.

The mayor said he believes $27 million would cover about half the cost of establishing the sanctioned campgrounds, and that county and state funds would also be needed to fund the effort.

Rossignol Is Making a Recyclable Ski