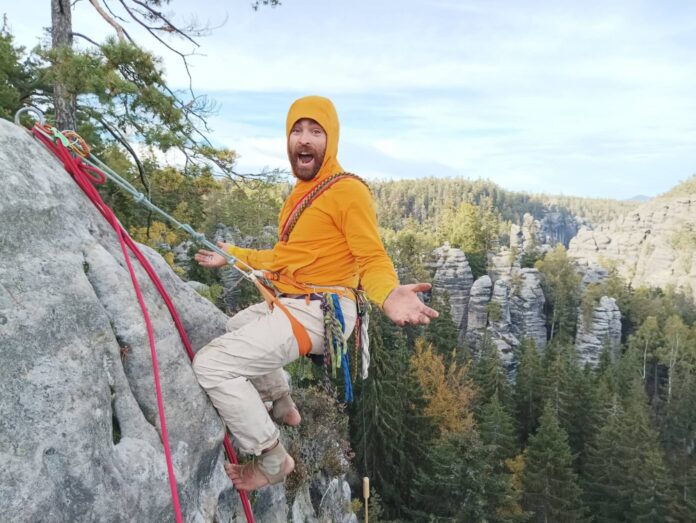 Three years after his visit to Adršpach, the Belgian rock climber Sean Villanueva O’Driscoll has returned to this sandstone tower climbing paradise in the Czech Republic to attempt the so-called Teplice Trilogy in a single day. In his own words it’s “a beautiful challenge”, and equates to climbing the three most striking offwidth cracks of the area: Údolní on Hláska Tower, Prásknutí bičem (Whiplash) on Věž Jardy Berana Tower and Muší spára on Lahvičk Tower.