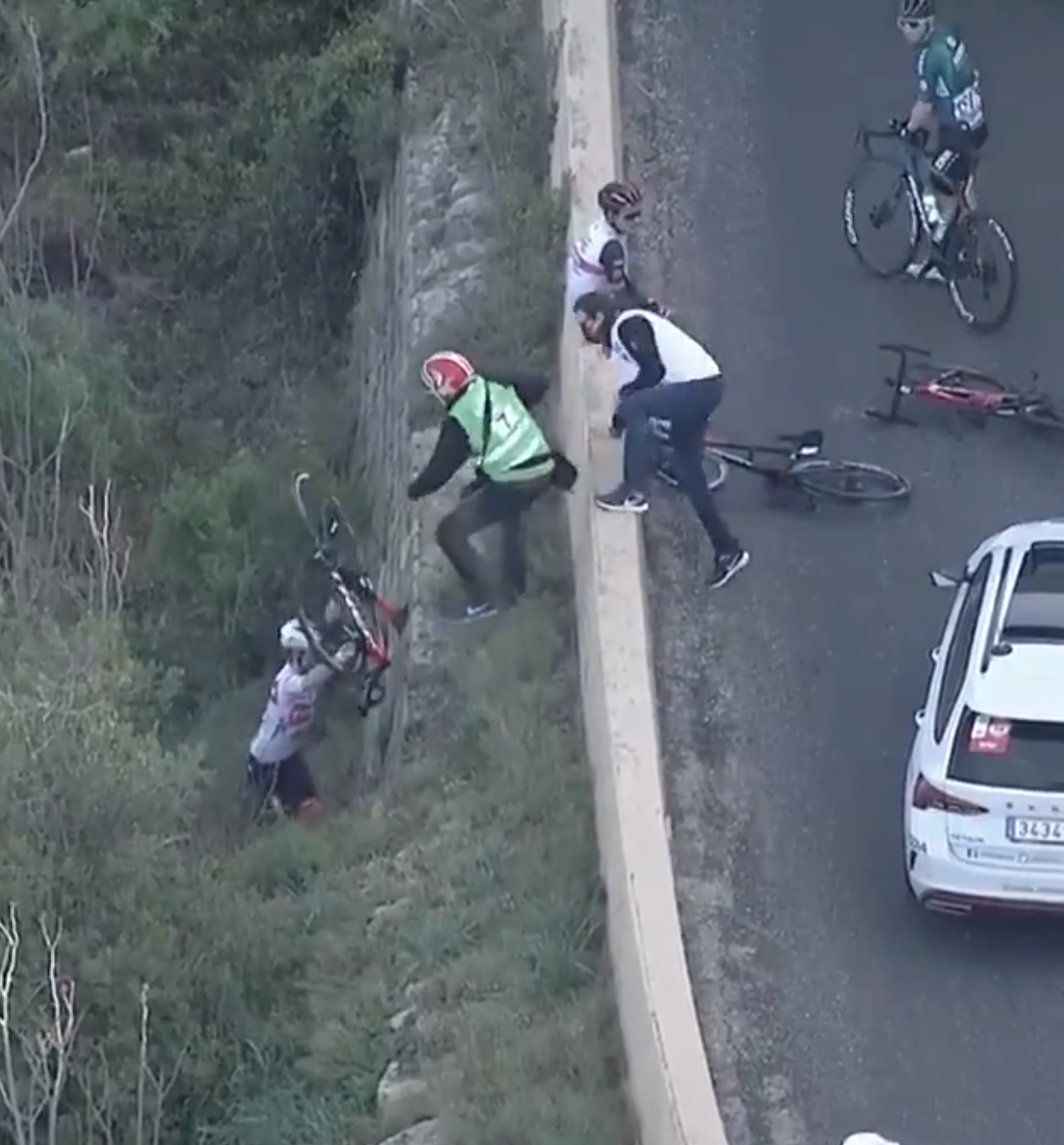 A cyclist fell 50 feet into a ravine before climbing out and finishing in the top 10.

Mattias Skjelmose went over a low brick wall and crashed into a wooded area after a rider in front of him made a braking error during stage two of the Volta a Catalunya.

Skjelmose went over the wall and fell about 50 feet before resurfacing on his bikePhoto credit: Twitter

He drove the race incredibly and finished an impressive tenth placePhoto credit: Twitter

But despite the horrific fall, the 21-year-old Dane emerged moments later with his bike over his head.

And he was heard telling a member of his team, “I’m fine, I’m fine. Just give me a new bike.”

Perhaps even more incredible than his lack of serious injury was his desire to continue racing.

Skjelmose, who had already completed 145 kilometers of the stage, was still 58 kilometers from the finish.

But he made the decision to get back on his saddle and, with the help of teammate Antwan Tolhoek, climbed back into the lead group – known as the peloton.

And he wasn’t satisfied with that.

Despite everything he went through that day, Skjelmose contested the sprint finish after battling through the crosswinds and ended up finishing an impressive 10th place.

Australia’s Kaden Groves took the win but Skjelmose was undoubtedly the story of the day.

Discussing the crash after the race, he said: “Me and Antwan (Tolhoek) were in a pretty good position just behind the UAE on the downhill.

“Then someone made a braking mistake and unfortunately I was on the outside. And on my outside there was a cliff where I ended up.

“Luckily I didn’t hurt too badly and got back on the bike pretty quickly and Antwan helped me back into the field.”

Optimistic take a look at and transmission charges climbing throughout southern...

UKV out of doors recreation plan will get funding increase |...

The place can I lease a Inexperienced Canteen Airflyte for tenting...

This is How COVID-19 Circumstances Are Climbing In Oregon In contrast...