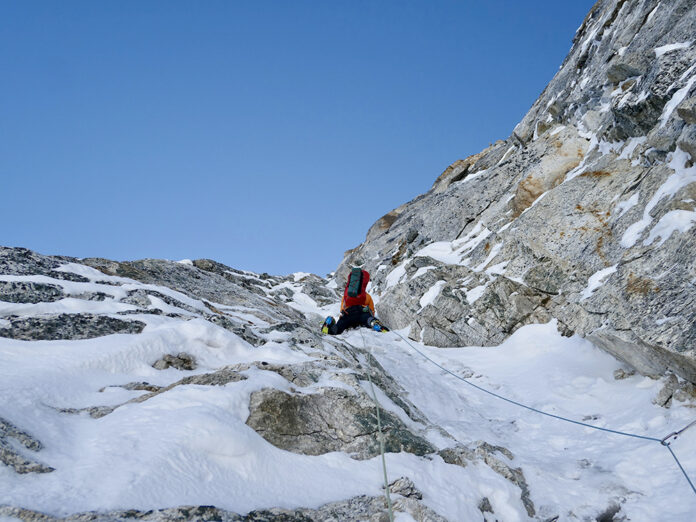 The video documenting the first ascent of The Phantom Line (1200m, ED+) on the North Face of Jugal Spire in Nepal, carried out alpine style in April 2022 by British mountaineers Tim Miller and Paul Ramsden.

From 21- 29 April 2022 British mountaineers Tim Miller and Paul Ramsden made the first ascent of a major new route in the Jugal Himal region of Nepal called The Phantom Line. Graded ED+, the climb takes a striking line up the 1200m high North West granite face of the previously unclimbed and unnamed 6563m peak.