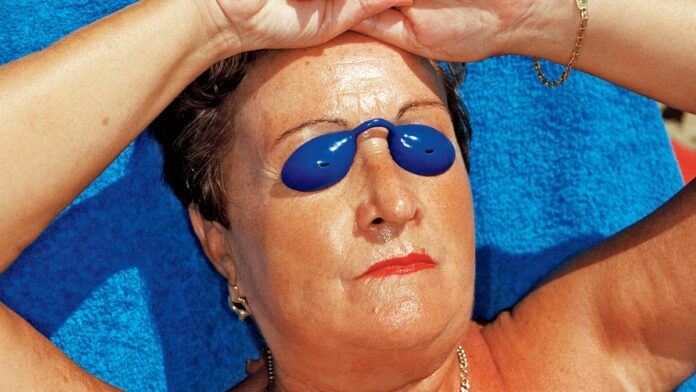 When I visited my dermatologist recently, she noticed a few suspect-looking moles and recommended that I get serious about covering up with sun-protective clothing and start wearing sunscreen. I’m wondering: Which protects better?

—Afraid of the Sun

Dear Afraid: For any outdoors person, the sun is an ever present force that must be reckoned with. When you spend a great deal of time in nature, it’s necessary to find ways to protect yourself from the radiation emitted by that great molten orb some 93 million miles away.

My mother grew up and worked as a summer lifeguard before widespread use of sunscreen. Years of sunburns in her youth led to a serious melanoma, which she had removed in 1977 but left her with a
deep, hand-size scar between her shoulder blades from the skin graft required to fill it. The sight of that gouge haunted me throughout my childhood, a kind of cautionary specter warning me to avoid the least bit of UV exposure.

As a result, my folks embraced sun-protective clothing, the early iterations of which felt as comfortable as a tightly woven burlap sack. I remember wearing one such sun hoodie on a beach in Mexico: it was so stifling that I stripped it off and passed the afternoon drinking Cokes in the shade in protest.

Though I rejected the clothing, I was fairly diligent about applying sunscreen—I spent too much time outdoors not to. Most days I was biking, surfing, and rafting, and sunscreen allowed me that freedom and kept me from the dreaded red skin and scar I feared would result if I didn’t stay slathered. This, of course, warranted near constant reapplication of the thick, goopy, greasy paste.

But much has changed in the decades since. There are more, and better, sunblock options than ever: nonaerosol spray, nongreasy face cream, and UV-blocking formulas made of zinc oxide, considered gentler on the environment. Some of it even smells halfway decent. (I’m partial to Alba Botanica Hawaiian Coconut Clear SPF 50 spray.)

The truth of the matter, though, is that clothing designed to protect you from the sun is the more effective option, because you don’t have to reapply anything and because it’s a physical barrier to harmful rays. And sun-protective clothing has become ubiquitous. You can find UPF (ultraviolet protection factor) ratings on hats, long-sleeved shirts, and pants. And the fabrics are often supple and breathable, a far cry from the canvas-feeling garments of old.

But to answer your question, Afraid of the Sun, I’m reminded of what Obi-Wan wisely told Anakin Skywalker in Revenge of the Sith: “Only a Sith deals in absolutes.” UPF clothing or sunscreen alone won’t offer ultimate protection. Most of us are going to need some combination of them to stay safe. I for one cannot abide by sun pants—my calves must run free—but I’m all in on a sun hoodie, like the Black Diamond Alpenglow ($85), as well as inexpensive straw hats paired with sunscreen.

As for those who would tell you that vitamin D will suffice in lieu of either or both forms of protection, just ignore them: they’ll end up looking like a cracked leather purse on the bottom shelf of a Goodwill.

Send your questions to [email protected].

The way forward for outside recreation can’t afford to maintain exhibiting...