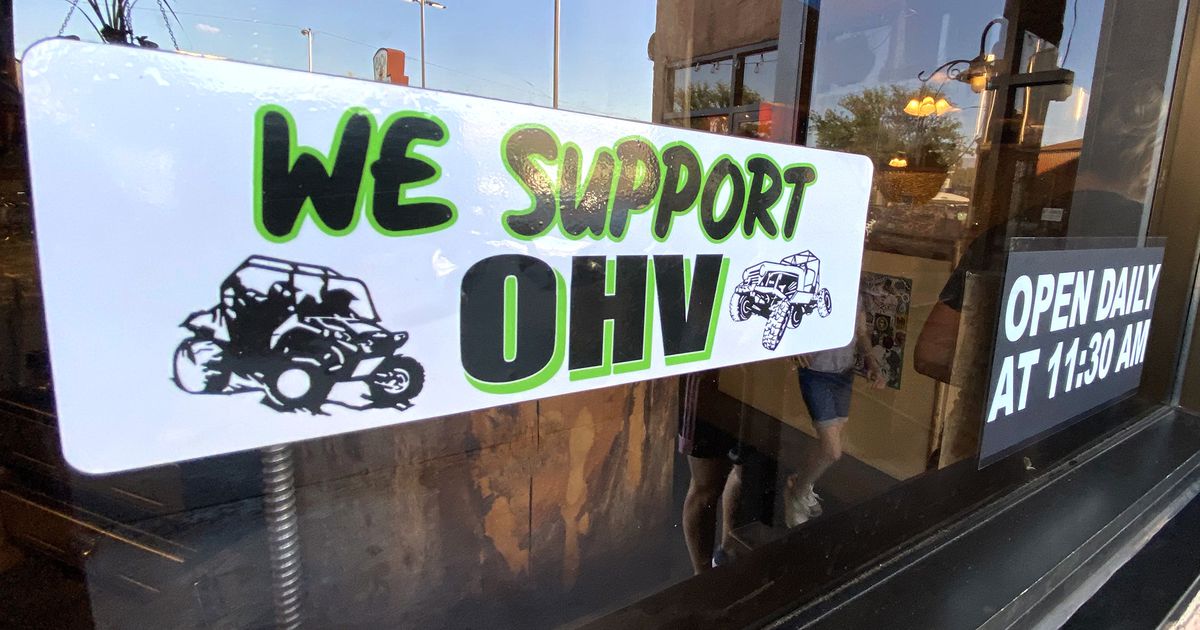 Last year, the state legislature passed two bills that provide ongoing funding for the construction, maintenance, and infrastructure of hiking trails and recreation areas across the state. The money that feeds the Restricted Outdoor Adventure Infrastructure Account and Recreational Infrastructure Grants Program comes from sales, use, or transition taxes. According to the wording of the bills, they are meant to last forever and, in theory, are not subject to the whims of the legislature or the ups and downs of the economy.

“Having this consistent source of funding for recreation is a really, really big deal,” said Rebecca Gillis, manager of state and local government affairs at the Outdoor Industry Association. She noted that this indicates that the state is seriously investing in nature and the recreation economy. It’s an economy that, according to the state’s Division of Outdoor Recreation, accounts for $6.1 billion of the state’s economy, employs more than 66,000 people, and is the primary driver of Utah’s tourism industry.

“You can see these lawmakers slowly but surely learning more about what it takes to truly build a successful outdoor rec economy, if that’s what they’re actually interested in,” Gillis said. “And it seems like a lot of them are.”

But are they? There’s still work to be done — just ask the companies that boycotted the Outdoor Retailer Show last week’s return to Salt Lake City, in part over disagreements with the state’s land policy. But that also means that there are many possibilities. As the 2023 legislative session begins, here are some bills, issues, and actions that could indicate whether state leaders are serious about protecting and promoting Utah’s many outdoor resources, or whether they are encouraging hikers, bikers, trail runners, boaters… and off-roaders.

Rep. Carl Albrecht, R-Richfield, not only represents Beaver, Piute, Sevier and Iron counties, he enjoys exploring them. That time on the trails and in the community, he said, has propelled him to become one of the most prolific sponsors of outdoor recreation-related bills over the past two terms.

“That’s why I’m involved in these things,” said Albrecht. “I’m interested. i am a rider We enjoy riding both bikes and motorized OHVs.”

Albrecht sponsored the bill last year that not only prevented funding for the recreation infrastructure grant program from being phased out, but made it permanent. He also sponsored a bill that, starting this year, would require Utah off-highway vehicle (OHV) operators to obtain a “license” by watching a free 30-minute online video. Both passed.

This year he is sponsoring a number of bills that build on these measures.

In addition to exempting snowmobiles from the need for a license, House Bill 55 would direct funds from registration and license replacement fees to an account earmarked for OHV recreational purposes. This includes building and maintaining OHV areas and paying for operator search and rescue. Albrecht said the two OHV measures came about at the request of the off-road community because bad behavior by some operators resulted in the recreational areas available to vehicles being reduced.

“They wanted to monitor things a little better and give people more training,” he said, “because we lost OHV trails to environmentalists and states are taking them because people drove off the trail and they crashed and stuff like that. “

Another bill from Albrecht, HB93, will add even more money to the Recreation Restoration Infrastructure Grant Program. According to Albrecht’s proposal, the account would receive 15% of the state’s temporary taxpayer money instead of 5%. He said he believes more federal money in the coffers would help Utah spend more federal dollars on trail maintenance and management. Meanwhile, a bill introduced by Rep. Jeff Stenquist, R-Draper, would allow local, state, and federal agencies to work better together to build and maintain trails and parks.

Another law to consider, HB32, requires the state Department of Outdoor Recreation to create a management plan for Provo Canyon. Last year, lawmakers approved a resolution designating Bridalveil Falls, the jewel of the gorge, as a state monument. They also gave the DOR $400,000 to develop trails to and around the falls.

But not everyone wants to expand their recreational opportunities.

A bill proposed by Rep. Michael Petersen, R-North Logan, proposes further restrictions on the state’s right to take land through eminent domain, particularly when it comes to creating public parks. Legislators years ago banned the state from using the highly controversial tool to “create a path, trail or other pathway for walking, hiking, biking, horseback riding or other recreational purposes, or whose primary purpose is as a footpath, equestrian trail, bicycle trail.” or sidewalk.”

West Valley legislator Mike Winder attempted to reverse some of these restrictions in 2019 to extend the Jordan River Parkway. This attempt failed in committee. Lawmakers appear more receptive to Petersen’s efforts, which were presented in the House of Representatives last week.

water is where it is

However, the hot environmental topic at this year’s session is water.

Gov. Spencer Cox has made finding ways to return more water to the Great Salt Lake — whose sinking would affect outdoor recreation in a variety of ways, including deteriorating air quality and snowpack in the region — and several more — a priority, has been made a priority by Gov. Spencer Cox Bills tabled during this year’s session aim to do just that. They range from suggestions to cut down more water sucking trees to publicizing the use of water golf courses and beyond.

Gillis of the Outdoor Industry Association said that if environmental concerns don’t persuade lawmakers to pass water conservation measures, they should consider the economics.

“Snow activities are the most lucrative sector of Utah’s outdoor rec industry,” she said, citing the Bureau of Economic Analysis. “Snow activities generate the largest economic return for the state of Utah compared to all other economic activities. So if you think about water, drought and all these issues, you know that snow is water too and snow is also directly linked to climate protection and sustainability.”

Nothing has fueled interest in getting outside like the COVID-19 pandemic. So it seems like a happy accident that House Speaker Brad Wilson, just weeks before Jazz’s Rudy Gobert shone the spotlight on the virus in March 2020, pulled Rep. Jeff Stenquist aside and commissioned the enthusiastic outdoor man to launch a statewide campaign Formulate a policy for outdoor recreation.

Stenquist, who represents District 46 and advocated for hiking trails in Draper’s Corner Canyon, founded the Outdoor Adventure Commission that year. Then last year, with help from the Institute of Outdoor Recreation and Tourism at Utah State University, it held several joint meetings across the state with land managers and local officials to develop a strategy. These sessions, Stenquist said, opened his eyes to how intricately intertwined outdoor recreation is with other issues.

(Francisco Kjolseth | The Salt Lake Tribune) Millcreek’s Mike Coleman enjoys views of the Salt Lake Valley while riding the Parley’s Pointe Trail on Wednesday, August 10, 2022. The 4.8-mile trail is part of the Bonneville Shoreline Trail and winds between the Parley’s Trail bike path and the Arcadia trailhead on Lakeline Drive.

Eager to share this newfound understanding, Stenquist partnered with Sen. Jake Anderegg, R-Lehi, to create the Tourism Outdoor Utah Recreation Caucus in this session. The purpose of the caucus, Steinquist said, is to provide education and expand lawmakers’ understanding of how important outdoor recreation is to the state and its economy.

He said it will “just help identify and discuss all the different issues and impacts of outdoor recreation and what it brings to our state.”

The caucus could be a unique opportunity to bring together lawmakers from both sides of the aisle, Gillis said.

“Outdoor recreation,” she said, “is one of the few areas where bipartisan collaboration is still possible.”

The caucus began Saturday with a gathering at Snowbird Resort, the first of three scheduled meetings during the 2023 general assembly, which runs through March 3. Three additional excursions are planned throughout the year, including stops in central Utah in May and southwest Utah in May September.

Editor’s Note • This story is available only to Salt Lake Tribune subscribers. Thank you for supporting local journalism.

Newcastle draw at West Ham to maintain climbing out of hazard...