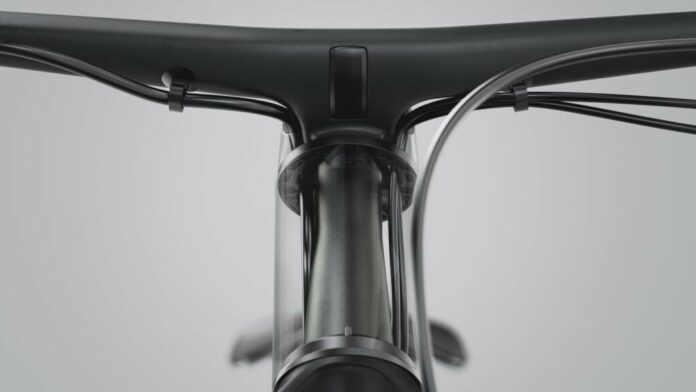 You may have noticed that a lot of recently released bikes have their cables routed through the upper headset bearing. Let’s just say this move has proven a little controversial among Pinkbike’s commenters. One obvious downside is that replacing that upper bearing is going to involve detaching the brake hoses and the dropper and shifter cables.

So I got in touch with all the bike brands I can think of who have gone down this route to ask them why it makes sense for them. Most didn’t reply. Here are the responses of those who did. 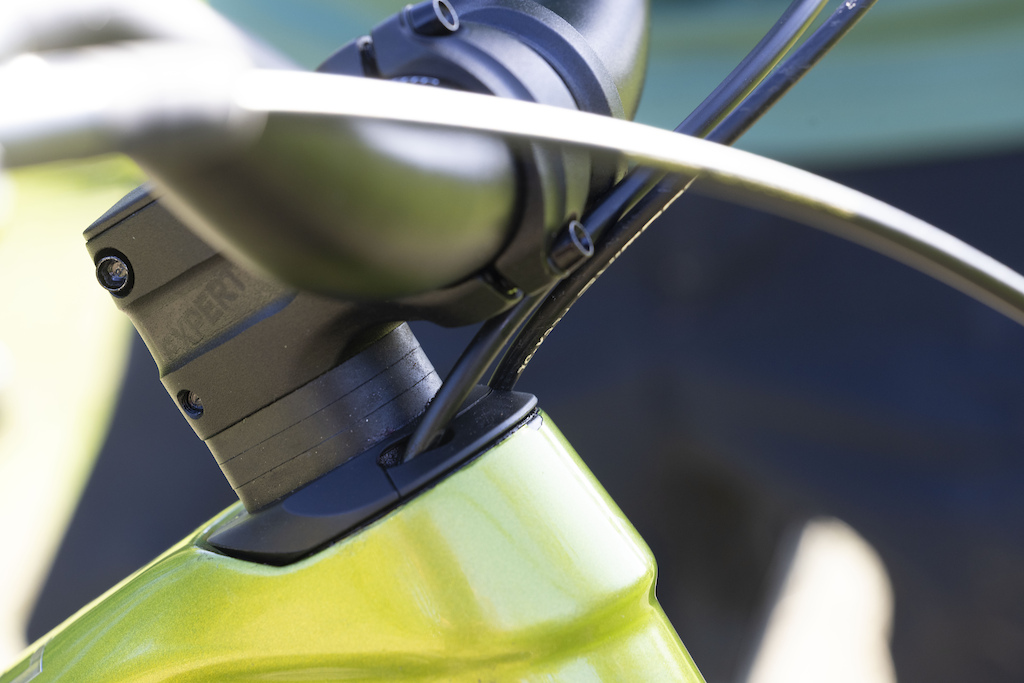 “We are convinced of headset cable routing for several reasons:

First of all, cable routing is made easy because the opening on the head tube is much larger than a small opening on the side of the headtube/downtube. The cables on our headset cable routing can therefore simply be pushed upwards and no pick or magnet is needed. Especially with aluminum frames, where no liners can be used inside the frame, routing and replacing cables becomes much easier and faster. In addition, thanks to the large opening at the head tube, a foam tube can be pulled over the hoses on aluminum frames, which minimizes noise.

As the cable entry is very close to the rotation centre, the cables do not have to make a big loop. Instead, the cables move with the handlebar movement. This reduces the elongation of the cables and prevents them from rubbing against the head tube. Rattling when touching the various cables is also reduced. The frame construction can also be optimized by headset cable routing, as the critical area around the headtube/downtube is not weakened by extra holes.

Of course, we are also aware of the disadvantages:

Replacing and re-greasing your bearings is a little bit more tricky than with a standard headset, because you need to manage your cables and the fork. When the headset is not well designed it can be frustrating during maintenance work, which we have had experience with in the past. That’s why we worked with ACROS to develop a new headset based on their ICR system.

The durability did not cause any problems in our endurance tests either. Thanks to our Acros system with small entry holes in the cover and 3 additional seals, both bearings lasted longer as conventional headsets, even without special care. Some other brands want to save money when it comes to the details, especially when it comes to adding the additional sealing. But that was not our approach.

Of course our bearings also need to be re-greased or replaced from time to time. However, the upper bearing, through which the hoses run, is much less stressed than the lower bearing and therefore needs to be replaced less frequently.

But if it does it needs to be replaced every 2-3 years, we believe this happens as part of a major winter service and the 15 minutes of extra work to remove the fork and bleed the brake is acceptable.

Finally, of course, the clean look also matters for many consumers as well. Particularly in view of the brakes that might be introduced soon, which will route the cables much closer to the handlebars, we expect that headset cable routing will become more common among brands.”

“By not routing cables through the headtube, we’re able to make the frame structure lighter and more efficient by not needing to reinforce cable entry points on the frame. If we take a previous generation Spark, and the one we launched last year, we save nearly 60 grams through this – which for an XC World Cup level bike is substantial. There is a lot we are able to do with 60g of high modulus carbon fiber.

Once you’ve learned the process for cable routing with this system, we actually find it to be easier than with our previous approach. Fewer rubber bits and fewer individual cable routing parts throughout the frame make things relatively straightforward, especially with our large shock access door in the down tube.

We can also tuck cables in more nicely, they’re less exposed in the event of a crash. They have less room to waggle around, and help us have a system that is nice and quiet (this generation of bikes is by far the quietest we have ever engineered). Cables don’t have to be as long, saving further weight that we can then re-integrate into making a better frame. Frankly, it looks very good as well.

As for downsides, you have to re-learn in a sense the best way to work on the bike, so there is a bit of a learning curve. Once you’ve done that, though – you’re off and running.”

“Since that topic creates hot discussions all the time it’s impossible for us to make a statement in 1 or 2 sentences.

The decision to go for integrated cable routing is nothing we at Focus decided from one day to the other. We see the parallels between other segments like road where external routing is not an option anymore and integrated routing is state of the art meanwhile.

We are doing the integrated routing because of the clean look, less cable rub and less cable rattling. The market feedback from our customers and dealer shows clearly that the clean look is super important and plays a huge role when the customer is deciding on a bike.

Especially e-bikes with additional cables are looking significantly cleaner compared to traditional routing. We did some intense testing in real life as well as in our test facilities to avoid any cable rub and create the same reliability as regular cable routing. We also spec additional seals to increase the lifetime of the bearings. What we often hear as an argument: Frame makers get rid of the cable routing to save costs. Simply not true, the frame construction costs basically the same.

Changing a derailleur or dropper cable is, depending on the solution, the same effort as internal routing. Changing the upper bearing is more effort, but that’s not something you do once a month. For FOCUS, Integrated routing is here to stay. One way or the other. ”

“We decided to take that direction to tidy up the cockpit area a bit and avoid cables possibly rubbing on the frame. Also, no holes in the carbon over that area. In our case, we developed custom parts to make sure cables can enter quite straight and avoid damaging the hoses, as could happen with other systems out there. No hose damage, no need to replace them because of that.

We are moving to full-on AXS transmissions for Unno. This means one less cable to go through – the one that needs certain maintenance to keep transmission smooth and could be affected by a little extra work because of this.

If you make the frame ready for mechanical in case someone wants to go mechanical, then you need to leave an extra hole in the carbon – not very nice aesthetics when you don’t need it.

In the end, if nothing major happens like breaking your brake line in a crash and you need to replace it, we don’t see any work needed that will be affected by any extra work because of headset routing (with AXS transmission that is what our bikes come with stock).”

It seems to me that headset cable routing isn’t as bad an idea as it first appears. By moving the cable port close to the steering axis, it minimises the cable movement in front of the bars, which might reduce cable rattle, and allows for shorter cables. It may also allow brands to create a slightly lighter frame. When building a bike from scratch, there’s actually a larger port to aim for with your cables, so it could make the initial setup easier. I’ve also noticed that when swapping a brake hose from the right to the left side there are no issues with the hose becoming the wrong length and bending awkwardly.

But it’s clear that a major factor in deciding to route cables through the headset is that it looks neater. That’s obviously subjective, but if everyone really cared about servicing over aesthetics, we wouldn’t have any internal routing at all. Personally, that would suit me just fine, but if the hoses are going through the frame I don’t see the route through the headset being all that much harder to live with – upper headset bearings usually last for years. I have seen concerns that the bearing might not last as long with this design due to water ingress, but the bearing is larger and the conventional ports are eliminated, so I’m not sure that’s true (Merida claim the opposite).

As for the cables going through the spacers and the stem, that’s a step too far in my book.

Outside Recreation Contributes 2.7% of Annual Louisiana GDP | Way of...

Volunteer work returning after pandemic hiatus for outside teams | Outdoor...