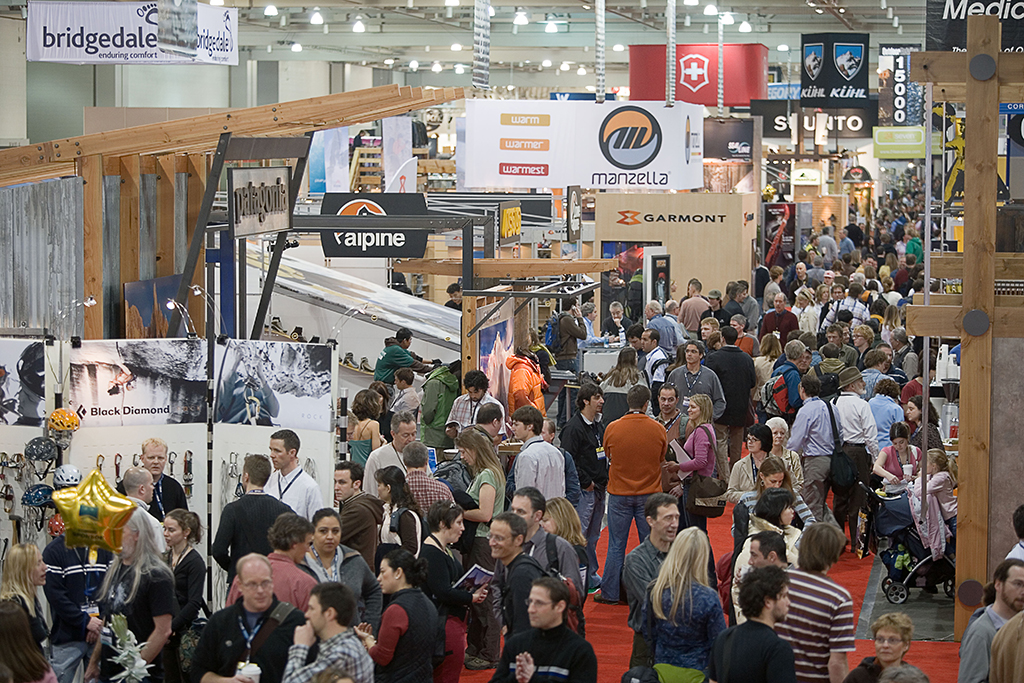 At a time when outdoor participation is booming and space companies are reaping the rewards, the industry is perhaps at one of its most fragile points. And its largest show, Outdoor Retailer, has found itself at the center of the divide.

In March, OR announced it would call Salt Lake City home again, five years after leaving Utah in the name of protecting public lands. (In December 2017, then-President Donald Trump reduced the size of the Bears Ears National Monument by 85% and also halved the Grand Staircase-Escalante.)

President Joe Biden has since restored environmental protections to both Bears Ears and Grand Staircase-Escalante. However, current Utah Governor Spencer Cox has fought Biden’s actions, including threatening to sue the government in April 2021 — even while trying to lure OR back to SLC when Fair’s contract with Denver expired.

As OR sought and found its new home, leading outdoor voices — most notably the Conservation Alliance and the Outdoor Industry Association — issued letters decrying a return to Utah.

But even within OIA, there are disagreements about the best way forward. “We have 800 members and they’re not all on the same page, but our biggest iconic brands are totally against it,” said Lise Aangeenbrug, OIA Managing Director. “At the same time, we have many smaller companies that prefer Salt Lake City. They saw it as a cheaper venue. We’re still unsure how much this will divide the industry.”

Perhaps the loudest voice against the move was the Conservation Alliance, whose statement was endorsed by more than 30 leading outdoor companies.

“The united opposition to the Trump administration’s attacks on our national monuments in 2017 proved to be an electrifying moment that led to the show moving out of SLC and sparked many important conversations about what this industry should stand for,” she said Organization in an email to FN. “Now, while Utah’s elected officials continue their attacks on national monuments, the pullback shows a lack of understanding of the priorities of many leaders in the industry.”

Some have pointed out that despite Gov. Cox’s stance on public lands, many of the companies attached to the letter — including REI Co-op, The North Face, Timberland and La Sportiva — continue to operate in Utah.

All of these players declined to comment on the story, but Vibram (which backed the letter) sees two distinct issues.

“While we oppose OR’s return to Salt Lake City, we still have a responsibility to our customers who are there,” said Fabrizio Gamberini, Vibram’s global chief brand officer and president.

Aangeenbrug added, “These brands see it as two different things: selling products directly to a consumer versus a decision influenced by a political issue.” Gamberini claims OR would have more industry players in the decision should give a say.

“We don’t feel that OR has listened to the brands. We stand with our partners at The Conservation Alliance, as well as with our outdoor industry colleagues, that our industry’s largest trade show should not have decided to move to Utah at a time when its officials are dedicated to protecting and preserving public lands do not prioritize and national monuments,” he said.

To appease the industry, OR and Visit Salt Lake — a non-profit organization that promotes the area as a convention and tourist destination — said they would be soliciting more feedback going forward.

“We are working closely with state and local officials through Visit Salt Lake to create a group for our exhibiting members and retailers to participate in,” said OR SVP and Show Director Marisa Nicholson. “We need to work together to ensure we provide access and work with the diverse organizations that continue to work hard on these important issues.”

Additionally, the new group – called Business With Purpose – will help highlight what the state has been doing for outdoor recreation.

“For many months it has become apparent that the outdoor industry has been unaware of the numerous positive public real estate projects being implemented in Salt Lake County and throughout Utah. We know we have to be better storytellers,” said Kaitlin Eskelson, President and CEO of Visit Salt Lake. “To that end, we gather quarterly elected local officials and stakeholders to collaborate on initiatives including financially supporting local non-profit organizations, creating value through voluntourism activities and engaging the press, retailers and local stakeholders to lead public land initiatives first hand to see.”

The Business With Purpose website landing page is expected to go live this week and plans are to provide updates from the working group meetings that will be held quarterly.

Despite the new initiative, some are skeptical about its overall impact. “[Show parent] Emerald was not a driver in the political arena,” said Aangeenbrug. “It’s one thing to say you’re going to facilitate conversations, and that’s great, but we don’t know how effective that can be unless it’s clear that all parties want to come around the table.”

Others are still unclear about the group’s purpose and the intentions of some of its potential members.

The Conservation Alliance said, “Emerald and Outdoor Retailer have said moving the show back to Utah will give them a seat at the table, but Governor Cox has also made it clear that his position on monuments will not be influenced by the industry. We have been briefed on the concept of the Business With Purpose committee, but are not yet sure what the priorities or potential impact of this group will be.”

For Tracy Mayer, owner of Backcountry North specialty stores in Traverse City, Michigan, and a board member of the Grassroots Outdoor Alliance, the root of the problem is that the show is trying to figure out its identity.

“Outdoor Retailer itself is a for-profit exhibition company. I don’t think it’s designed to be a policy-changing environment. This is where outdoor people meet,” says Mayer. “I certainly understand that politics is pushed, but we’ve already seen that the fair doesn’t necessarily affect city or country politics, wherever they place it.”

WHAT THE FUTURE BRINGS

A look inside Outdoor Retailer at its former home in Salt Lake City before moving to Denver.

The controversial return to Salt Lake City comes at a time when the future of fairs, not just OR, is uncertain.

“We need to step back and ask ourselves: What is the role of trade shows in this post-COVID world?” said Matt Powell, VP and senior adviser to the sports industry at The NPD Group. “We learned how to do business in a different way. I haven’t heard of a single brand or retailer going out of business because they didn’t have the surgery, and many companies have found that they can save a lot of money by not going there.”

Peter Sachs, GM of Lowa – a mainstay of OR, which will be exhibiting in both Denver in June and Salt Lake City in January 2023 – agreed that financial considerations are key.

“People like me sit here and say, ‘How do I see my customers for a little less money?’ OR is an expensive endeavor,” Sachs said. “How do we become more efficient?”

OR’s two in-person shows during the peak of COVID have been drastically reduced by the pandemic. Now, as companies learn to navigate amid the presence of COVID, Nicholson said more than 550 exhibiting brands will be attending OR Summer this month and 20% of their June exhibitors are new to the show.

Despite this, Oboz President Amy Beck believes OR should focus more on the collective industry effort than the product. “What people crave is a place where they can come together and celebrate relationships, celebrate public land, celebrate, get more people out there and solve the challenges we face today,” she said. “Part of the success of OR was that everyone could communicate about problems and solve them together as an industry.”

The executive said writing orders at OR has become secondary to Oboz, which now does more business at regional fairs. “They’re affordable, there’s space for one-on-one conversations, there’s the timing, the efficiency, and the facility. It’s a very inexpensive way to do something similar,” Beck said.

In fact, OR faces more competition from smaller shows across the country. For example, running specialist The Running Event announced last month that it will introduce Switchback at TRE, a space dedicated to conference sessions and networking in the outdoor market. Switchback will debut at its upcoming show, scheduled for November 29-December 1 in Austin, Texas, a month before OR.

And Grassroots Connect, an invitation-only show that is both cost-effective and efficient, will be held June 6-9 in Knoxville, Tennessee, the same week as OR Summer.

Despite the headwinds and uncertainties, some believe OR is still a necessity. “It’s a big format and it introduces new brands and innovations to the world. I find it very useful for that,” Mayer said. “And if you’re a new retailer trying to get into the business, that’s certainly a very good place to start.”

Although Aangeenbrug agrees, the OIA leader believes the biennial event will need to undergo significant changes. “The big question for us is whether we can revitalize, refresh or change the show enough to bring the industry back together,” she said.

Beck, meanwhile, said she believes OR has already lost its way — and that unless there’s a major overhaul and increased communications, there’s no longer a need for it. “This has been an issue for a decade, well before COVID and this public country talk around the need for an evolving national fair,” she said.

For Nicholson, adapting to the needs of the outdoor industry will drive the future of the OP, which includes announcing a new event at this year’s summer show that will allow attendees to “connect with enthusiasts and consumers in space.” “.

“We will continue to evolve based on the needs of the industry,” said Nicholson.

Advantages of Tenting & the Outdoor for Neurodivergents | Jillian Enright

A 450-Mile Bike Tour Round Wales