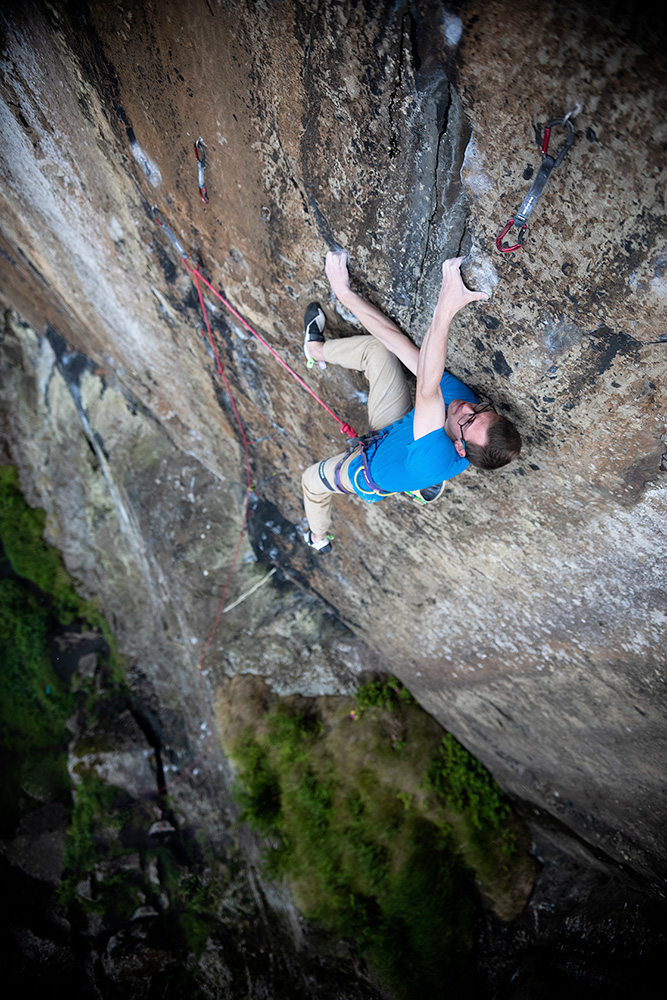 Will Bosi has made the first ascent of Free at last, a long-standing project at Dumbarton Rock close to Glasgow in Scotland. The route climbs a blank section to the right of Requiem, the E8 6c first ascended in 1983 by Scotland’s Dave Cuthbertson and at the time one of the hardest climbs in the world. Dave Macleod famously added the direct finish in early 2006 to produce his landmark trad climb Rhapsody.

Free at last provides circa 15m of sustained, technical climbing with an 8B+/8C crux section which equates into 9a+ and, if confirmed, the hardest sport climb in Scotland. The project had been bolted a long time ago yet it did not receive serious attention until 2014 when Dave Macleod and Alan Cassidy re-bolted it and put time into unlocking the sequence of moves. Bosi had attempted the route a few times in the past but it was only this year that he has put serious effort into completing it and was able to clip the chains on the route after seven sessions.

Bosi commented “Although there looks like a lot of holds from the floor, almost everything is an undercut or a side pull. This makes the climbing very technical as the feet are tiny! The climbing is also very intense and powerful as you cannot relax. The send go went really well with almost no mistakes and just a lot of try-hard! The day was pretty still so conditions were not great but while I was sat on the ledge above the slab the wind picked up and the conditions aligned! Topping out felt absolutely incredible and this route is definitely a highlight for me.”

Ebook launch ceremony of ‘ Everest ‘ the story of India’s...

If a tent does not attraction, there are many different tenting...

Is the Adirondack Park dying for leisure actions?