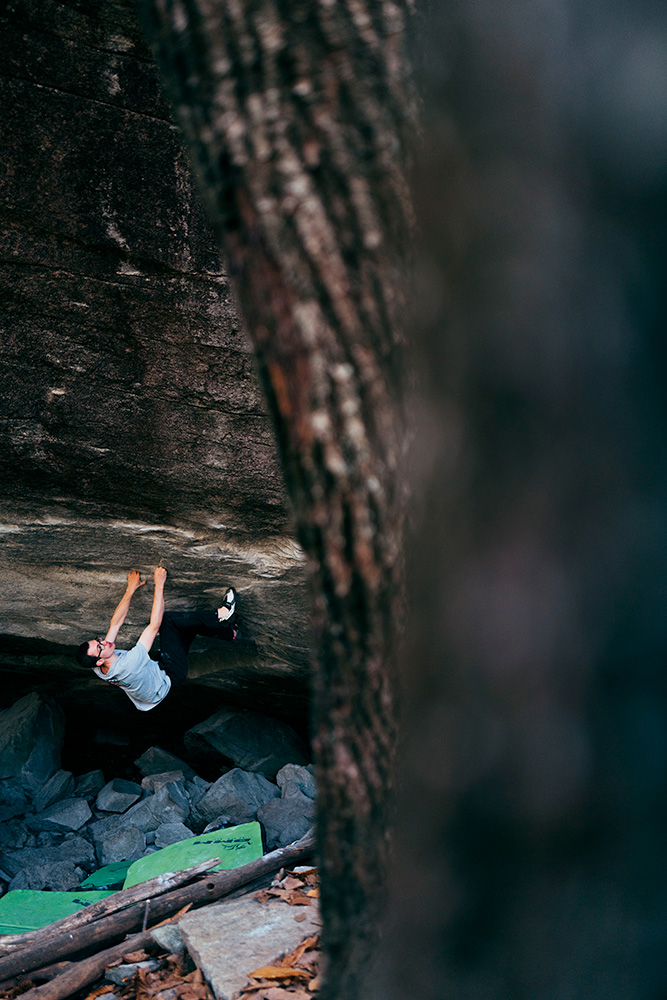 On Monday 31 October 2022 William Bosi from Scotland made the third ascent of Alphane at Chironico in Canton Ticino, Switzerland. Established by Shawn Raboutou in April 2022, it was repeated by Aidan Roberts about a fortnight ago.

Will Bosi has, somewhat unsurprisingly, claimed the third ascent of Alphane at Chironico in Ticino, Switzerland. The problem was established in spring 2022 by Shawn Raboutou who proposed the grade of 9A, making it currently the third 9A in the world after Nalle Hukkataival’s Burden of Dreams (2016) at Lappnor, Finland and Daniel Woods’ Return of the Sleepwalker (2021) at Red Rocks, USA. Both are currently unrepeated.

Bosi was on a trip with Aidan Roberts who claimed the second ascent towards the end of October. Overall, Bosi spent 10 sessions working Alphane, plus 2 sessions previously last year with Shawn Raboutou where he explored and worked the moves before the final line and sequence was established.

Commenting on his ascent, Bosi explained “A few sessions back I was unsure as to whether Alphane would go on this trip, the temperature has been unseasonably hot, some rainy days had made it really humid and the route was damp in places. However, the crew out here managed to keep the psyche really high and the problem came together quickly. The moves on this line are so good and after a lot of time on the wall, I was really happy to claim the third ascent!”

Concerning the proposed 9A difficulty, Will was reluctant to confirm the grade. “In terms of a grade, I personally felt that Honey Badger (8C+) was more of a challenge for me and proposing a grade for that at the time was daunting as it was my first 8C+. At the cutting edge of climbing, grading feels so much more difficult as the margins are that much finer and personal strengths and preferences really come into play. Is it 9A? Honestly, I do not know and as I gain more experience of climbing around this grade range I may have a better view, but it is a fantastic line established by Shawn and I look forward to seeing more experienced climbers comment on where the grade sits”.

People are obviously free to interpret Bosi’s words as they wish and although this is not officially a downgrade, the speed with which the two Brits repeated the bloc certainly indicates that both climbers are by no means operating close to their personal limit. Seeing them session Burden of Dreams would prove interesting to say the least.

Regardless of the grade that Alphane eventually settles down to, it’s an absolutely stunning climb that many of the world’s best – given it’s centrality at Chironico – will aspire to repeat. It marks another important milestone for Bosi since his decision to switch full time to climbing outdoors. This spring, the 23-year-old enjoyed a hugely productive trip to the Czech Republic climbing with Adam Ondra, while in summer he established the Peak District’s hardest boulder problem, the aforementioned Honey Badger 8C+ at Badger Cove.

Love and Loss within the Mountains

VOBA will get $150,000 VOREC grant for workforce growth, outside recreation...